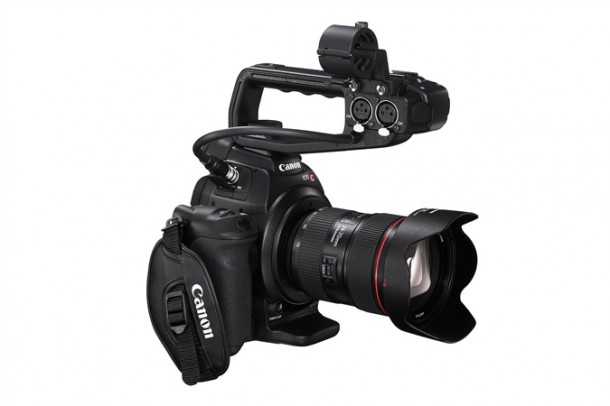 Even XLR inputs do not guarantee good recording throughput.

I just did several dozen appearances at NAB, ClickCon Chicago and Abel Cine LA/Chicago where I talked about what are the right camera settings when recording audio. I know I just published an article on this, but I wanted to get a bit deeper with this one. Now, I happen to believe that you SHOULDN’T record audio into your camera, but if you MUST (and there a few times when you must), this article will explain what are the right camera audio settings for any camera.

Like any recorder, you want to have the right settings: levels, sample rate, recording file, bit depth, input effects. And since a camera, in terms of audio, is just another cheaply made audio recorder, we want to make sure things are right there – or else you’re in ADR or unable to use the performance at all (professionally).

Camera settings on menus are typically horrific to deal with: hard to navigate, sometimes cryptic in what they’re indicating and sometimes downright misleading. Sometimes those settings, as in the case of the Canon C-100 with its “add-on” audio cold-shoe apparatus, the settings in the digital menu are bypassed for the hardware settings on the device itself.

In any case, getting this right can mean the difference between a reasonably good recording and a useless one.

Why It’s a Bad Idea

Generally, I discourage anyone from using a camera as a “master audio” recording device. That means, if you’re going to be using the audio recorded to the camera as the final audio, you’re looking for trouble. Why?

In order to make cameras affordable, the manufacturers must cut corners somewhere, and the first place they cut corners is with the audio capabilities. Whether its in digital capabilities, sample rates, bit depth, file types, hardware inputs/outputs or even whether the screen has level meters or not, camera manufacturers tend to do the absolute minimum with audio to insure every penny of manufacture is invested in the picture quality.

Now, that’s not at all surprising or unwarranted, since the primary purpose of a camera is to record great picture. And much like the Zoom cameras which have incredible audio capabilities, they too had to cut corners with those cameras – but they opted to cut picture and file size quality…of the picture. So, while I LOVE recording audio on Zoom Q ET AL cameras, man, I wouldn’t shoot anything that needed to look any good with them. Corners have to be cut on every piece of gear, and with audio on cameras you just have to know that they’re going to be cut first and always with audio.

Each manufacturer cuts its own pound of flesh from one or more audio discipline on their cameras, but it generally falls into these issues:

This is a pretty serious list which if it applied to a dedicated recorder of any kind would mean it would never come to market – ever.

Add to this list the idea that even mounting a nice Saramonic VMic Pro onto a camera’s cold shoe – even with it’s cool shock mount – exposes that mic to the high probability of operator noise, camera motion bumps and limited field of sensitivity (always pointed forward).

Who Gets to Record Into Their Camera

Now, I’m telling you to not record to camera, but there are a few folks who must. Folks who are doing Reality, Run-And-Gun and ENG. They just don’t have time to set up a second recorder while running around shooting with their hair on fire. I may have a simple solution for that below, but generally they MUST record to the camera. The rest of y’all, with rare exception, should record to a separate recorder for your master audio, and use your camera as a reference.

So, before you have to scroll down too much more, here are the settings. Each camera will have a different way of setting these up (and some may not be able to do them at all – YOU HAVE BEEN WARNED):

That’s about it. If your camera can do these settings, you should be able to get reasonable audio that you’ll have the ability to fix in post – and you WILL have to fix it in post.

I’ve been saying that there’s a solution for the ENG/Run-And-Gun folks whereas they don’t have time to record to a second recorder. It’s not exactly socially acceptable, and I tell all the “I shoot on my phone” people to do the same thing: record to a secondary phone with the appropriate hardware. Why is this a viable option?

Well, given that you’ll still have the same microphone on top of the camera, there are a bunch of AWSOME usb-c, and lightning port connectivity solutions which render what is generally a glorified photography device (your phone) into a powerful audio recorder. NO. DO NOT USE THE MICROPHONES ON THE PHONE. You’ll be patching your on-camera mic (or any other mic for that matter) directly into the phone using a device like the Saramonic SmartRig + Di. Combined with a camera mounted Saramonic TM-7 (ultracardioid) or VMic Pro (supercardioid) or VMic Mini (cardioid), you’ll have bypassed all the phone’s Even-More-Ridiculous-Audio-Components and gone directly into the camera digitally; all the A-to-D elements having been accomplished before the phone. Now, the SmartRig + also comes in 3.5mm – which sort of defeats the purpose since you’ll be going into the audio input of the phone (on older iPhones and Androids) so don’t do that one. You could do that one if you had need of running directly into the camera with a pro mic and need quick access to phantom power and handy knobs for level controls.

But with your phone as a recorder (using an app like “multitrack” which is free), you just slip your “recorder” into your pocket and turn it on when you want to shoot. A simple hand clap in front of the camera for slate or live dangerously and use the cameras in-camera mic for reference and syncing is a breeze. Bam. Split system on the run.

No matter what you do with camera audio, you’re going to have to strip out unwanted noise and artifacts in post. There’s big-time fixes, and then there’s pseudo easy fixes which will get the noisy/nasty sound of the camera recorded audio to be passable. The easiest and most convenient way to do this is from with the DAW or NLE you’re already using to cut/master audio with. There’s only one NLE that’ll let you do this: Adobe’s Premiere Pro in connection with Audition via Dynamic Link. Using the Spectral editor, Audition can have your artifacts taken care of in a jiff, and with the Essential Sound Panel or the Denoise/Dereverb combination in both Audition and Premiere Pro, the issues of your camera-recorded audio will be reduced to a point at which you’ll be able to render professional results – as long as you used the settings above.