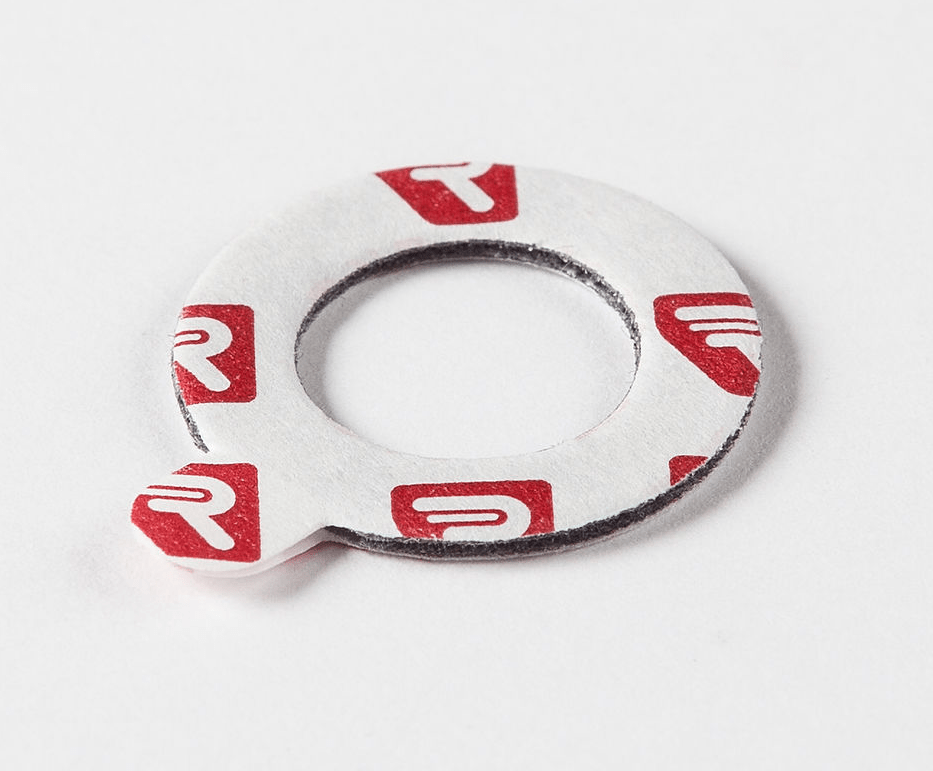 The Rycote "O" Advanced is Ideal for Adhering Mics to Talent

If you’re like me you use “Rycotes” every day on set. “Undercovers,” “donuts” and “stickies.” They’re great. The only trouble with them is when an actor starts sweating, those wonderfully placed microphones fall off. Of course, the answer for this is always the ever stickier black gaffer tape. But while the application of gaffer tape is no problem for most actors, it’s removal is…well…not appreciated.

undercovers. Take a look at the video shot by NewsShooter.com and you’ll see one of them suspend a large-format mobile phone from a finger. It’s awesome.

They have specific cuts for various microphone suspensions and they’ll be coming out with their ongoing overachievement to insure that every lavalier microphone can fit their products well.

I mean, heck, these things are amazing, you might as well just have them around for the G&E team to use to tack cables to walls or the art department to keep wall flats together.

In speaking with our friends at Rycote I learned a few things which I didn’t realize. They hold the trademark on the concepts for both the “dead cat” and the microphone suspension system seen in most blimps. In fact, this year at NAB they introduced a new sleeker design for the latter. Although the entry price for a Rycote is significantly more than their competitors, if you put your hand on a Rycote dead cat, it feels incredibly solid. No wisps of “cat hair” flying off at all. It’s clear this thing is going to last for many years. They also released a new “tennis ball” (called a baseball – those Brits you know) microphone cover for several small diaphragm condenser microphones which should be released later this year.

All in all, Rycote is an incredible resource to filmmakers for ancillary products to both support and protect microphones. Have you been to their website at all? You can get these new Advanced Stickies in packs of 25 and 100. Yes, they’re just double sided tape. Yes they start at $17 for 25. Yes you can go to Staples or your favorite office supply store and by a similar product for 1/10th the price. But have you TRIED using that stuff on set? Stickies are the anti-false-economy purchase.

Should we use Lavaliers or On Camera Mics?

All 12+ Hours of Music Volume Now Available for Discount Purchase!