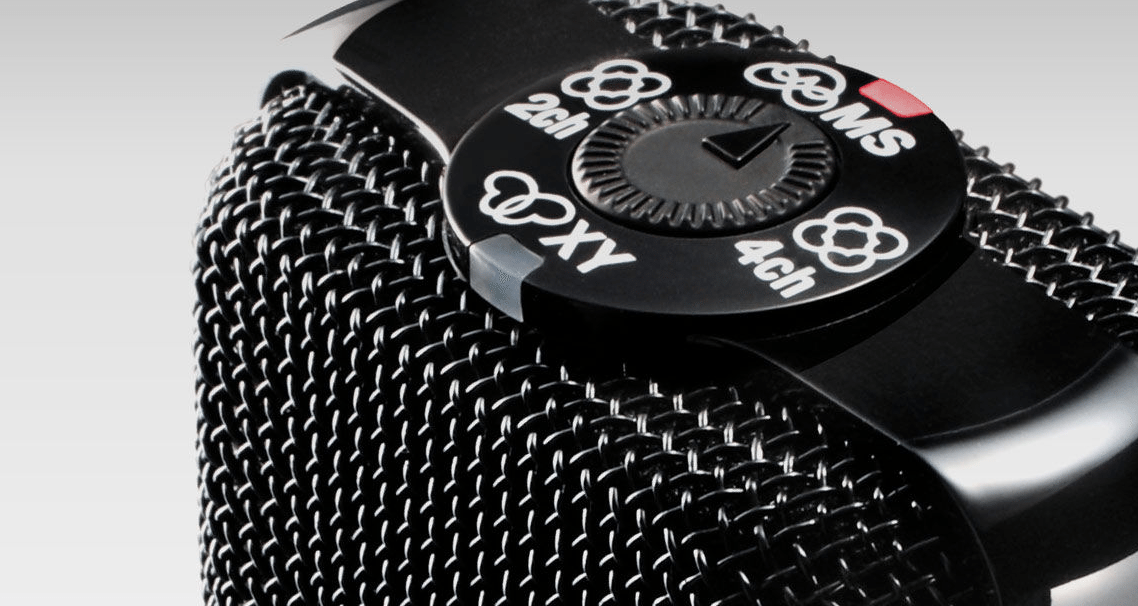 Until we started shooting the Cinema Sound education in Texas, I had no knowledge of the H2N from Zoom.

I’d always wished for some easy solution for surround recording, but the solutions in existence are quite expensive: 5.1, 7.1, 3D recorders. And since I am not a subscriber to ambiences in LFE or center channel, it all just seemed so unnecessary. However, I took one look at the H2N and discovered that once again Zoom has created an irresistible force in an immovable concept.

A Killer Idea
The idea behind ambiences in general is that surround channels should not have similar content to the front speakers. Many times independent filmmakers make the mistake of taking stereo ambiences and copying them verbatim to the surround channels. The problem with this is the “real world” doesn’t operate this way. The sound which is behind you – even now – is dramatically different than the sound in front of you. In some circles the idea of flipping the front channels left and right position in the surrounds helps with identical audio in front and surround channels. Others flip both channels and phase of one of the channels. However, having different program material between front and surround channels is the best solution to full surround immersion.

Four Channels, 5 Mics
The H2N not only solves this with a 4 channel recorder with

“Mark, that sounds great. What the heck is Mid-Side?”

pointed toward the sides. Because of the nature of these three microphones’ close proximity, there are no phase issues between them. Moreover, the user can control the level of the “stereo field” in both recording and in post listening. It’s pretty darned cool. And the Mid-Side stereo field is a beautiful thing to behold. The M/S mic which is sometimes bundled with the H6 is another wonderful example of this: the ability to determine the level of the stereo field in recording and post. On the H2N, this uber-wide stereo field is ideal for surround channel recording while the front channels are recorded with the built in X/Y stereo microphones. Combine them in a mix, and it’s phatt wideness that’ll have you doing a double take of the unit which is scarcely larger than your hand.

microphones into a stereo recording. But the real power of the unit is in the 4-channel discreet mode. These channels can be dropped directly into a DAW and panned accordingly and it’s just like being where you recorded the material. Better.

Attributes of the unit which have come to be standard on nearly all Zoom devices include:

I love this thing. And don’t get me wrong, it’s not perfect. The small screen is annoying to navigate to be sure. It feels “plasticky” and cheap, and heaven help you if you drop it. You only get WAV file recording. Well, yes, it has .mp3, but don’t you use that. Sometimes just getting the unit to play files back is a bit weird, since the they’ve taken on an ‘iPod music player” sort of feel with regards to transport navigation. It also has a reasonably strong bump in the high 2kHz zone, but nothing that a little EQ can’t solve. It makes up for it by being quite sensitive to dynamic sources.

Our CS Rating for the H2N is 108. It gets dinged in the Fidelity rating because the mics appear to have a bit of a bump in the hi-mids. It definitely gets dinged for the plastic feel of the unit, but the 123 rating for value is no joke. HEY! For $150!?!? Are you KIDDING!? You next option is $1,000 and that’s without a recorder. This thing is rad. It puts the power of surround sound in everyone’s hand for the price of some good headphones.

You should all go out and buy it right now.

Have one? Tell us your experiences here on Tweet about them!

Adobe Audition How To: Algorithmic Reverbs

Dialog Mixing How To: Music to Dialog with Multiband Compression