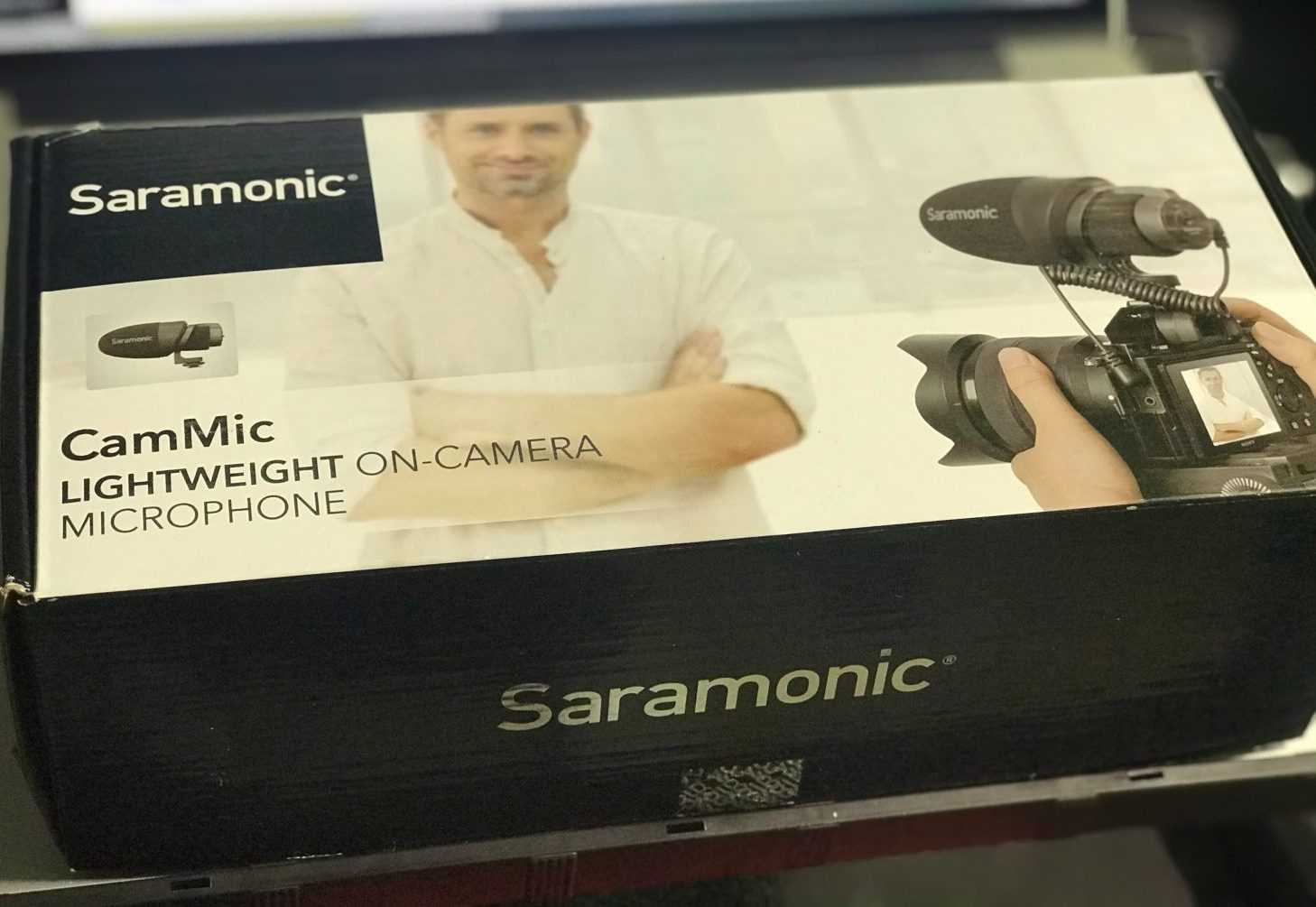 There’s a dizzying world of on-camera microphones right now. And since we at Cinema Sound discourage the use of such microphones generally, we spend few resources talking about them. But Saramonic is about to release three on-camera mics which deserve your look-see. This review is for the Saramonic CamMic, which along with it’s two cousins we believe will be on every camera within 2 years or less.

Like every on-camera mic, unless you’re doing reality, ENG or having to generally run-and-gun, we at Cinema

Sound discourage the use of them. Why? Well, check out this article on sound delay for one, and for another it’s nearly impossible to get good audio when a microphone is remote to the subject and subject to the noises of the camera and operator. In the Cinema Sound Education we demonstrate the difference between lavaliers and a Saramonic TM-7 shotgun microphone on-camera, and even with the TM-7’s world-class narrow polar pattern, the difference in quality and presence is obvious.

You can check out the unboxing of the mic here.

What do we want in an on-camera microphone?

specific to the on-camera microphone variety.

Many of our members own a form of Røde on camera microphone, since that’s more-or-less what brought the company

to prestige during the advent of the Canon 5D. Røde microphones are good, and we own several. However, when we apply the above dozen requirements of a worthy on-camera microphone, as we compare them to, say a Video Mic Pro+ which is far more money than the CamMic, things begin to break down:

Having tested the CamMic  alongside the Røde Video Mic Pro+ as well as it’s cousins in the form of the Vmic, Vmic Pro

(both currently available as of 12/18) and the Vmic Mini and CamMic+ (coming out early 2019), we’ve been able to make some strong findings and opinions about the CamMic.

Saramonic is about to release a series of on-camera mics which will take the independent media creator space by storm. Not only are they highly functional and have unique sonic characteristics, but the look of them has them stand out immediately as something sexy, new and cool. Let’s break them down from the same 12 concepts:

Super high-value on-camera mic with a tight polar pattern for doing single sound source recording, easy to use, rugged, and sexy with a great shock mount and windscreen. It’s also going to do a great job at picking up dialog. A price that you’re not going to believe.

The frequency response is definitely biased towards dialog-only recording, and it is probably not the right choice for

music, sound effects or general recording. Windscreen is difficult to put back on the mic.

Is the CamMic the best microphone on-camera solution every made? Nope. What about comparing the CamMic with the Vmic Mini? Well, they’re sort of apples-and-oranges except whereas they both sit atop a camera. The Vmic Mini has a cardioid polar pattern with a strong hi-frequency bias, where the CamMic has a super cardioid pattern with a mid-to-high bias. They really have different missions – even though their feature set is nearly identical.

Is the CamMic the best bang-for-your-buck? It’s more like a rocket launcher-for-your-buck. And given that it’s completely breaking the visual mould of what on-camera mics should look like, all we’d really wish for is a high frequency shelf boost feature to make up for the somewhat dark frequency response. As a result, the CamMic gets a couple of demerits for a sonic signature which seems a bit pedestrian for the rigorous requirements of on-camera mic dialog recording. The CamMic receives a 108 CS rating. Given its dialog frequency bias and ease of use, it’s an inexpensive eye-catching piece of kit which trumps any other manufacturer’s on-camera microphone at or near its price range.

Massive Fail for Sound at Disneyland