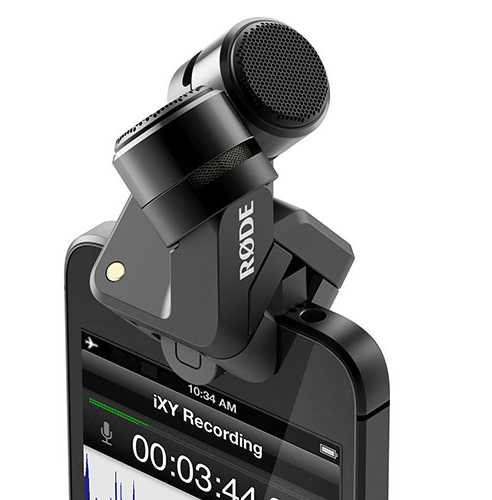 There’s a million different ways to get professional audio into your iPhone. Røde came out with the iXY stereo microphone several years ago and updated it for the iPhone 5 and up with a lightning port and improved body. This article takes a look at how the iXY does in real world situations.

Lots of folks have reviewed this little gem, so I’ll skip all of the technical bits which so many have covered so 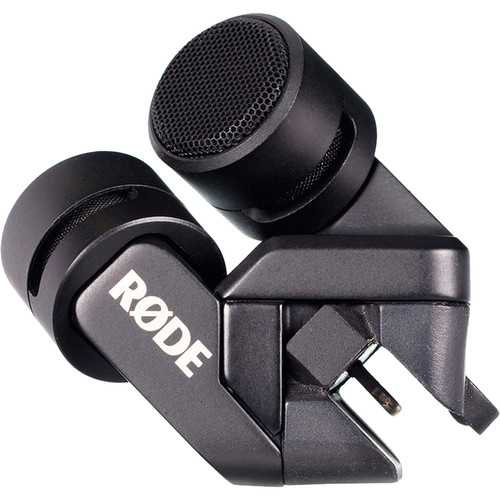 well. What we want to know is how does it work in the real world, and does it sound any good? How does it work, and does the Røde recording software really erase recordings without warning as we’ve heard? We’ll cover all of this. Read on.

First, the iXY is really a wonderful hybrid of great sounding small diaphragm condenser microphones in a phase coherent position, and a no-cable, Analog-to-Digital-Converter which does a good job of recording medium and loud signals all the way out to 24bit/96kHz. It’s super lightweight, just a quick press into the lightning port and you’re up and running, and the stereo field is on par with everything in its class. The best part is that it bypasses any hog-wash Apple conversions which we used to have to suffer with other models which plugged into the cheesy 3.5mm port on older phones. Phew!

Second, don’t forget that this device, priced at under $200 – which means they had to cut corners somewhere – in a few areas. So when we say that it’s a great device, please don’t compare it with something which is $2,000 – or even $500. We love the iXY, and there’s nothing which gives a better recording result for the price point.

That said, here’s the Kahns.

We’re not sure what the point of the little plastic “lock on” bits are which come with the device, but they baffle

us. They certainly help stabilize the unit onto the phone and greatly reduces the chance of the unit becoming dislodged during active motion of the phone – but the way they’re set up, it also disallows use of the phone’s home button…which is a super drag.

Also, the enclosed wind screen, although super helpful in shredding wind for which the mic – like all condensers

– must be shielded, the reapplication of the screen is nearly as difficult as putting a square block in a round hole. It would be nice if the pre-made holes in the screen were ever so slightly larger.

While the sound of the iXY is quite good and represents a good flat response to all kinds of input, the noise floor is exceedingly high. In the Cinema Sound Microphone Archive it becomes apparent in the Ambience track how loud it is – as compared to the other multichannel microphones. It’s clear that some of the corners which were cut were in the ADC department, and even at 24/96 the noise floor is quite strong. However, this is easily overcome by giving the microphone nominal levels and the usual masking occurs.

Unlike so many great products from Røde the iXY only receives a 1-year warranty. It’s still a good deal, but 1 tenth what their other offerings are (@ 10 years).

As to the scuttlebutt about the Røde Rec LE program nonchalantly deleting recorded files, remember this: just

because you “hit stop” on the recording, it doesn’t mean the recording is done on the file. If you, then, begin re-recording without saving or closing the file, what you record next appends the new audio onto the end of the file. It will keep doing this until you close the file, and make a new recording by pressing the Plus or Mic icons in the file list. If you don’t close the file, and close the app, or do something else on your phone (like answer a call), it’s likely you’ll lose your recording. Do bear this in mind.

I’ve been searching for years for a lightweight inexpensive solution for fast-acting drawdowns on getting a quick audio recording with my iPhone. That iPhone headphone mic doesn’t really cut the mustard. The iXY does. In spades. Is it perfect? Nope. Does it make great recordings of sound effects, DX, MX and anything above -32 dB? Oh yeah. I just wouldn’t use it for low-level sounds…but it’s STILL BETTER than using your built in mic and given the Røde recording software – even the LE version, at 96kHz, it does just fine. The Røde iXY receives a CS Rating.

Audio Is 80% of the Audience Impact

The Easy Way to Kill Your Recording