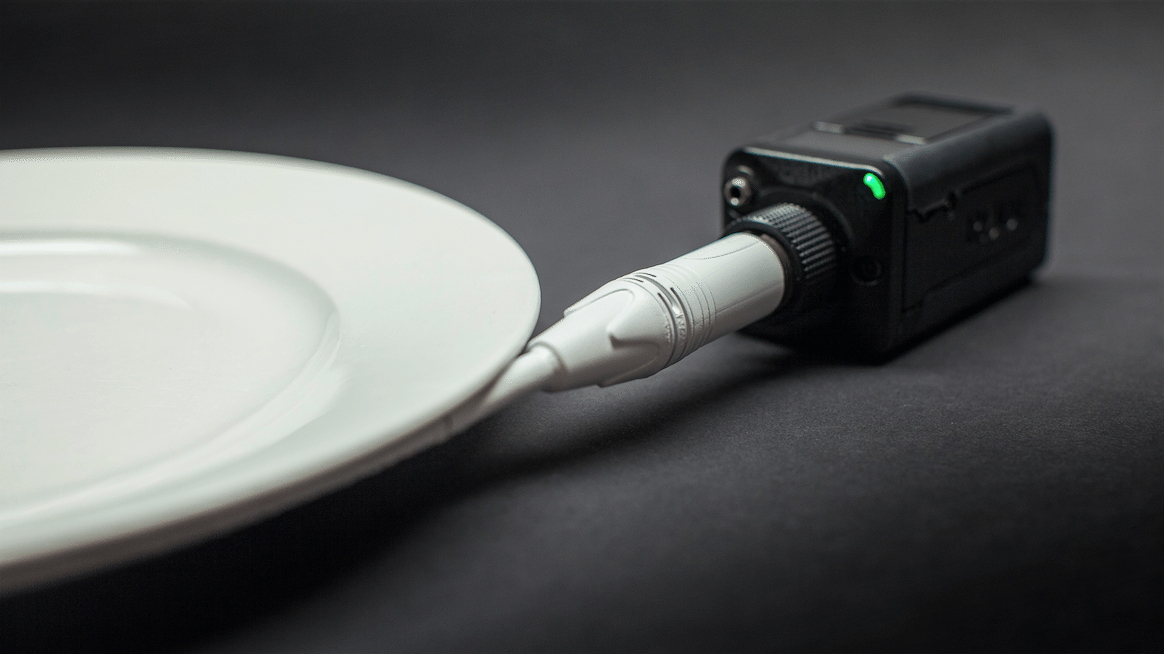 We’ve been working with Røde for several years, and we are major fans of their microphone lines. But today, on April 1st, 2017, they released perhaps their most incredible product yet: the FoodMic Pro and we believe it is going to take the culinary audio world by storm.

Following on the heels of their great videomic lines is a piece of kit which begins to fill a desperate need for the thousands of programs which require food to be prepared, eaten or examined. Because of the highly transient nature of silverware and dishes clanking around, recording high fidelity sound is nearly impossible. Even using tools such as Adobe Audition or iZotope RX, given the kind of sound pressure levels involved with plates banging together (especially on a quiet set), repairing these kinds of sound issues is nearly impossible.

Enter the FoodMic Pro. A version of the pressure zone microphone that completely removes ambience noise issues around the table/set but also is able to deftly handle the high transient nature of human food consumption in Western culture. With the FoodMic Pro Røde suggests that it’s ideally suited for use in all manners of VLOGging, but our test of the mic actually found it far better suited for more professional applications.

On their site, they state:

A Cuisine Condenser Microphone is a bespoke-frequency ceramic element condenser microphone in a unique plate form-factor. Why? To capture the sound of food. With the explosion of food-blogging, food vlogging and food appreciation, RØDE’s Head of R&D Nigel Wilburtsonsson realised a huge market segment was waiting to be filled.

Further, the specs of the unit include:

You can see their demo video here:

Because several members of our crew were actually gastronomically challenged (due to a flu), the variable gastronomic pick-up patterns and high-fibre filter completely removed any unwanted noise caused by them as either eater or camera operator. This is a major win for crews who must work long hours, and whose productions have pushed long past their lunch breaks.

The FoodMic Pro requires phantom power, which is a bit of a drawback since most pressure-zone mics require easy battery power. But Røde, again, daftly has a package which includes the NewsShooter transmitter which not only provides phantom via XLR connector but also allows for easy cordless/wireless transmission of the mic.

Our experiments with the FoodMic Pro ran aground when we had to move the ceramic element (plate) across a table while recording, because the cable, unless gaffer taped directly to the plate and actually wired (not connected to the semi-bulky NewsShooter), caused no small amount of rustling noise. We’ve mentioned this to Røde, and they’re already working on a culinary fix. The issue, apparently, stems from the fact that the microphone is a clever hybrid of both organic condenser technology and hybrid/Monsanto pressure zone technology. The two don’t always go well together. But, as Røde did with the NTR where the brilliance of condenser technology was brought to ribbon tech (a comparison of their NTR and NTK will be coming to this blog), they’ve got more fixes on the way.

All in all, it is a bold step forward in culinary audio transduction technology. Just for fun, we placed the mic at a 90º and used it as a parabolic mic. It actually did better than their excellent NTG-8 at rejecting off-axis sound, and the pickup angle was less than 5º. Honestly, they should market it as such. Soon, I’m sure we’ll see FoodMic Pros on the football field because at the price they’re offering it, it’s a heck of a lot cheaper than the 4-5-figure alternatives available. The FoodMic Pro Receives a 120 CS Rating.

Have you used the FoodMic Pro? Let us know or Tweet about it!