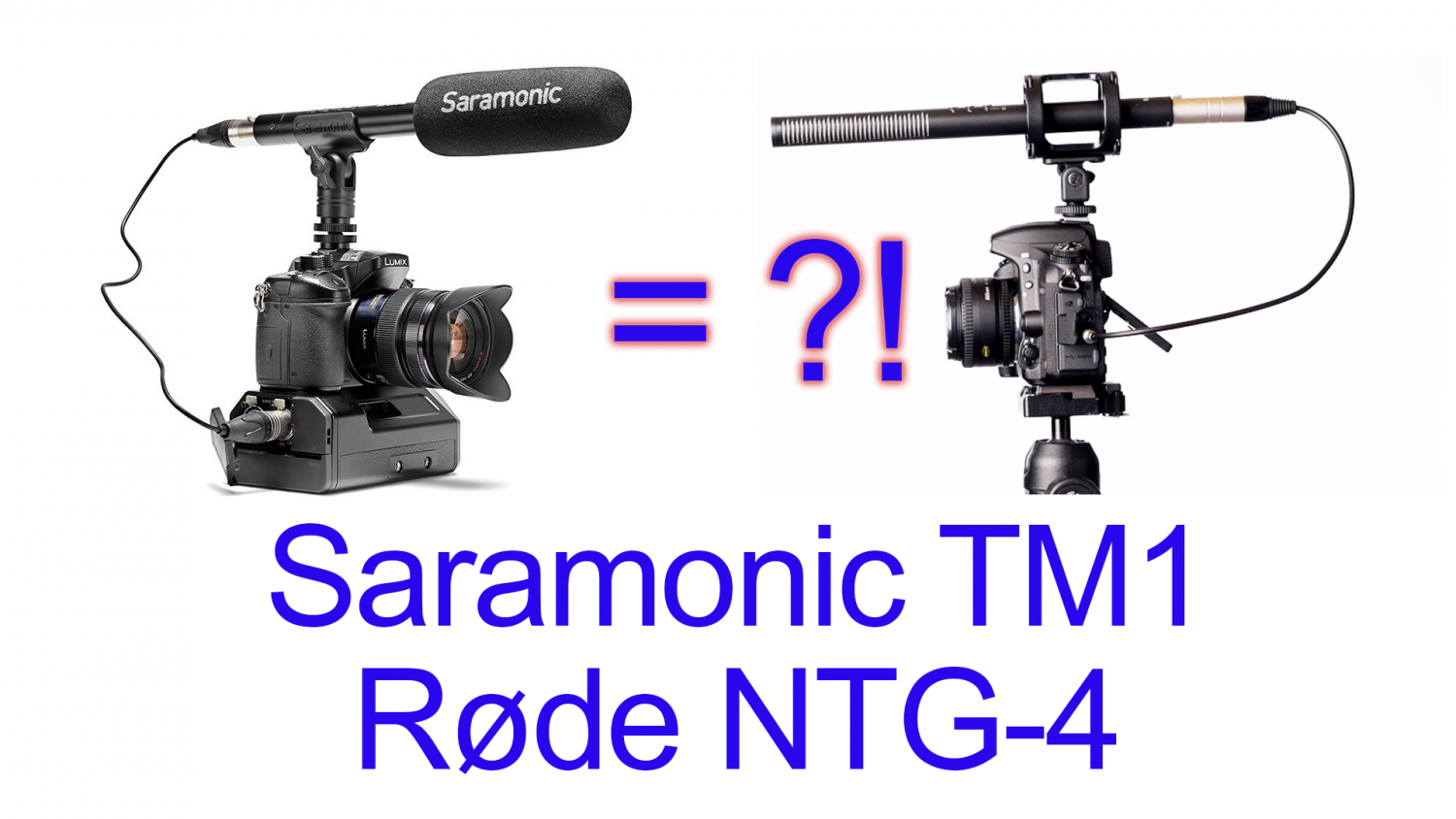 When we think about microphones, we usually think, “you get what you pay for.” This used to be the case back in c1994. But nowadays, with the advent of incredible new technologies, the same microphone sound that used to cost $5,000 now only costs $500. There’s trade-offs in everything of course, but as we worked on the Cinema Sound Foley Library, we noticed something peculiar about the Røde NTG-4 and the Saramonic TM-1. And this might make you consider replacing your NTG-4 with a TM-1…

What makes up a microphone sound? A few things:

When we test a microphone we generally look to these characteristics to compare one mic to another (and to get general specs). Some of these are subjective, but some are not (like Output Level).

As we worked with several microphones to create the Foley Library, we realized that some microphones were just not well-suited to the task. They had dark frequency responses or had a polar pattern that was too wide (or narrow) to be suitable for the motion of the foley artists.

We also noticed that some microphones had nearly exactly the same sound reproduction characteristics.

The biggest stand out microphone pair was the Røde NTG-4(+) and the Saramonic TM-1. Both are shotgun, supercardioid polar pattern condensers which can be battery powered or use phantom (+48) volts. They both have high output (although the NTG-4 is stronger), low cut and high shelf boost modes.

The high shelf is a miracle worker when it comes to recording the subtle and typically high-frequency sounds of foley. Of course, one can use a bright microphone like an NTG-3 or Sennheiser 416, but to have the ability to have a selection at your disposal – in a mic that’s half the price – it’s pretty nice.

The frequency response of the NTG-4 and the TM-1 are nearly identical. So much so that they might as well be the same mic. Both handle bogies terribly as condenser shotgun mics do, and both are reasonably noisy as shotgun mics are. Although it should be mentioned that the TM-1 is quite a bit more noisy than the NTG-4. When it comes to foley or anything low volume, I’d suggest going to the Røde. However, anything else, the TM-1 avails itself quite well.

Should you consider replacing your NTG-4 for the TM-1? Well, I’ve used it on numerous run-and-guns and it has never failed me. Is it cheaply made? Yep. Is it as good as the NTG-4? Nope. But value-for-value, the TM-1 is a much better microphone.

Also remember: if we’re talking about <$400 shotgun mics, we’re really splitting hairs. Your shotguns for professional-grade use are $700+. So at the below $500 level, value is more important than sound quality. I know that sounds crazy, but for the independent media creator on a budget, we have to admit this. As long as the sound is good and reasonably clean, it’s a good value, and it’s a better value than another mic if the price is less. And here, with about 60% of Saramonic products, they have a STRONG advantage over most audio gear for your phone, camera or wireless transmission.