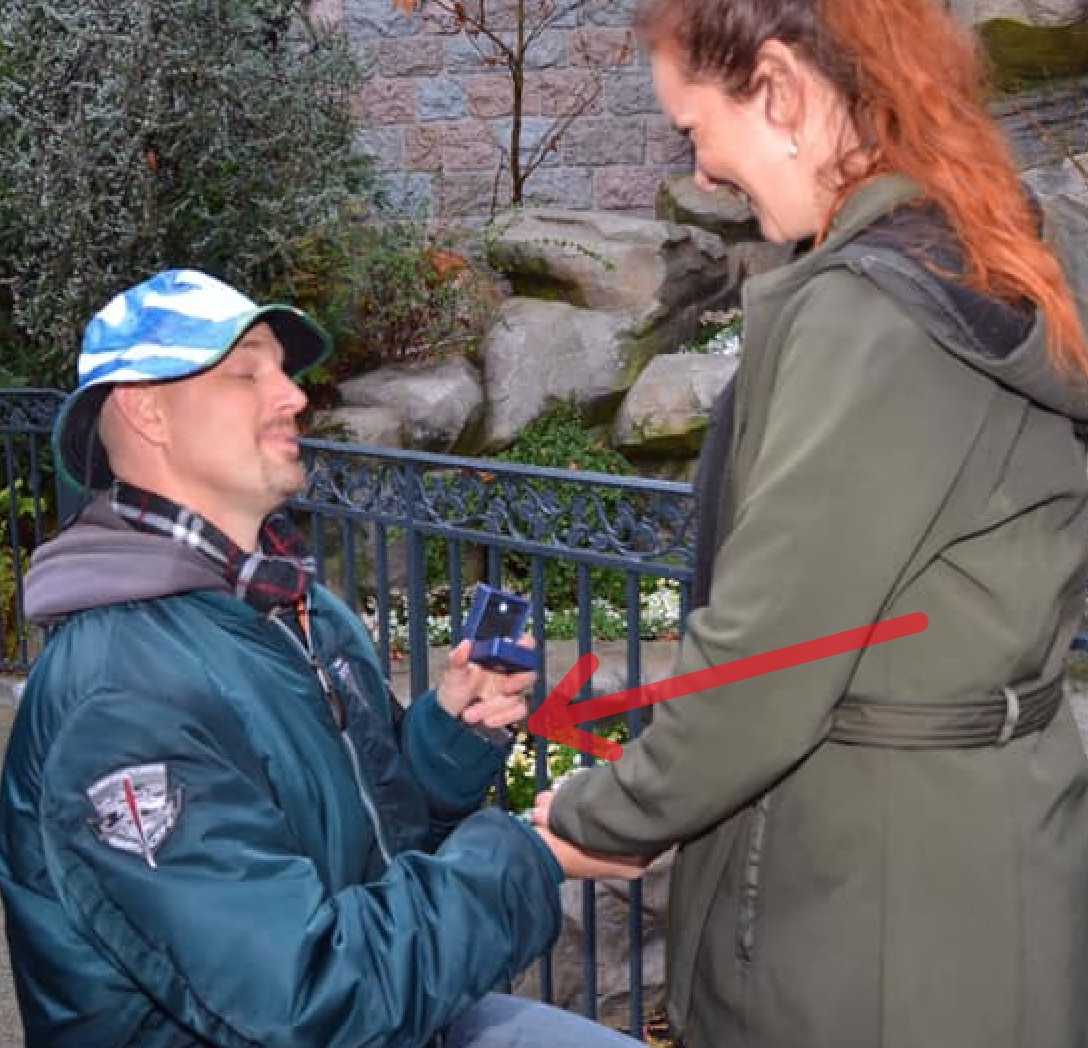 Yep. It’s true. I asked my girlfriend to marry me on Saturday, February 2nd, 2019. After having seen dozens of “proposal videos,” I knew the biggest issue wasn’t going to be whether or not I could remember the script I’d written for myself to say word perfect, what the lighting or camera angles would be, or even if the weather would hold (which miraculously – during a major storm in Anaheim, CA it did), it was always going to be getting good sound. This article covers some ideas as to how to capture the audio of your proposal to your girlfriend/boyfriend and make sure your precious betrothal can be remembered – and heard – for decades to come.

The truth is: proposal videos suck. They’re sappy. They’re cheesy. They’re usually badly shot. There’s a lot of people behaving in ways they have never behaved, and will never behave again. But the worst part is the sound: unless someone is in an anechoic chamber getting down on one knee on the metal grills (ouch), all you really hear is background noise – and you’re just left with lip reading.

No, the issue is noisy environment and extremely low signal-to-noise ratio. In other words, people are talking VERY SOFTLY in loud environments. No matter how expensive your microphone is, or how narrow the polar pattern, you’re always going to get really useless sound in this situation. And while you can tell the man (or woman I suppose) speaking her truth to her mate-to-be to “speak loudly,” it feels stupid to yell in the face of your love while professing it, and it still really won’t solve the problem.

The solution is to close-mic the proposer. How do you do that without seeing the mic? Use a lavalier and hide it.

How do you hide the mic? It’s got to be connected to a wireless transmitter that has the receiver somewhere else. How do you hide the transmitter? That’s the rub, because in this case you’re going to have to hide it from not only sight, but feel. Why? Well, what are the chances you’re going to ruin the moment by having your love hug you and have her/his hand mash onto a bulky transmitter on your belt somewhere. Now, if you’re a woman proposing, the answer is easy: ace-bandage the transmitter to your leg and wear a dress. We do it all the time on set. Easy. But on the whole, more men do this than women, and unless you’re a Scott, you’re in pants and having a bulge in your pants is going to bring up – to be nice – unwanted scrutiny.

All of this needs to be done with utter secrecy, and figuring out how to “mic yourself up” AND get the audio recorded onto a device that sounds reasonably good is going to require more than just YOU to make it work.

Good video is easily accomplished at an acceptable level thanks to the advent of incredible smart phone cameras. And if you’re going into a place with security, no one will stop you for having an iPhone on you. But they WILL stop you for having a box with an engagement ring – and CERTAINLY if you’ve got a bag with a Saramonic UWmic9 TX, RX and mic along with a Zoom H6…Which is exactly what happened to me for my own betrothal.

We chose to use a dual system, because running the audio to the phone wasn’t a reasonable aim as described below, and getting uncompressed audio allowed us to be able to use plugins without fidelity loss.

Using a little common sense, a friend and I went into the park the day before, passed through the security point – being forced to reveal the contents of the ring box, and everything else – scoped the place, and then he took the ring and audio equipment so that the following day (the day of), my soon-to-be fiancé and I could go through security without her being any the wiser that her ring was already in the park.

From there, we all tooled around the park as a group of 11 just having fun until the appointed hour, then my friend and I “went to the bathroom”, I got miked up, the recorder went into record and my iphone started recording video. The receiver and recorder were in my friend’s bag which he carried with him. A sync point later, and it was off to the proposal with everything running until the end. The second camera (I’m a director after all) ran wild and was synced in post later with its reference audio in Premiere Pro. Only the lavalier audio was used in the final export and simple and quick limiting allowed the final audio to be loud enough without going over zero.

For my betrothal, I wore a big flight jacket, because it poured rain all day at Disneyland (our venue). We had scoped the place the day before and had a plan as to how to mic me in such a way that the microphone couldn’t be seen, and the transmitter was hidden. We figured the best way to do this was to place the transmitter into a pocket on the inside of the jacket and thread the mic into the inside brim of the hat and gaffer tape it there.

Plan for the Audio

The problem with the hat placement was that, etiquette requires a man takes his hat off when he proposes, which would have been a hassle, since the wire from the mic to the transmitter wasn’t long enough to allow for that. So I had a great idea to hide the transmitter in my left arm pocket of the jacket and then have the mic poke through the zipper pouch just enough to capture good sound. This idea would have worked well. Except while in the in the bathroom right before the deed – we discovered with a start that the transmitter wouldn’t fit into the pocket.

Frantic, my friend and I tried to figure out what to do. On top of not wanting to have her feel or notice a transmitter on my back or side on-hug, I wasn’t exactly dry after the inch of rain which had come down that day. In a moment of inspiration I realized I could hide the mic in my darker colored scarf, run the wire down my left arm and reverse clip the transmitter to the inside cuff of my jacket arm. My left palm would easily keep the transmitter in place and out of view. I also knew that it wouldn’t inhibit me too much as I navigated opening the ring box.

In the end, I completely forgot to take my hat off (so the original idea would have worked), but the palmed transmitter worked flawlessly.

If you have a good head of hair, my suggestion would be to mount the mic in your hair, and either take my suggestion of palming the transmitter or attaching it inside a jacket pocket high enough up that a deep hug won’t cause contact.

Either way, keep the transmitter free of contact, the microphone hidden but able to receive clear audio from both parties, and the ability to have the videographer easily manage the recorder. Of course we could have attached a lightning port connection and just run the Saramonic receiver’s output directly into the phone, however, most video apps record compressed audio (boo), and the bulkiness of having a connection attached to the phone would have complicated matters – not to mention tipping off my fiancé when my friend whipped out a phone with strange audio connections coming out of it.

The bottom line is this: do what you have to do to get great audio from these videos. As you can see in the example above, phone sound sucks and the moment would have been lost. In fact, the folks who were standing only a few feet away couldn’t hear what was being said – and they were so glad to have been able to hear it back on replay. Without the Saramonic UWMic 9 system, it, again, would have been lost.

Even if it means planting a mic in a pot and pointing it at nearby faces – that’s going to be better than the standard, sub-standard way most people record their betrothals on their phones – especially when secrecy AND fidelity are mandatory.

From here, you’re ready to experience the Cinema Sound Education – which the most comprehensive audio education anywhere in the world.
Click here to get your copy now!

What Are The Right Camera Audio Settings? REDUX