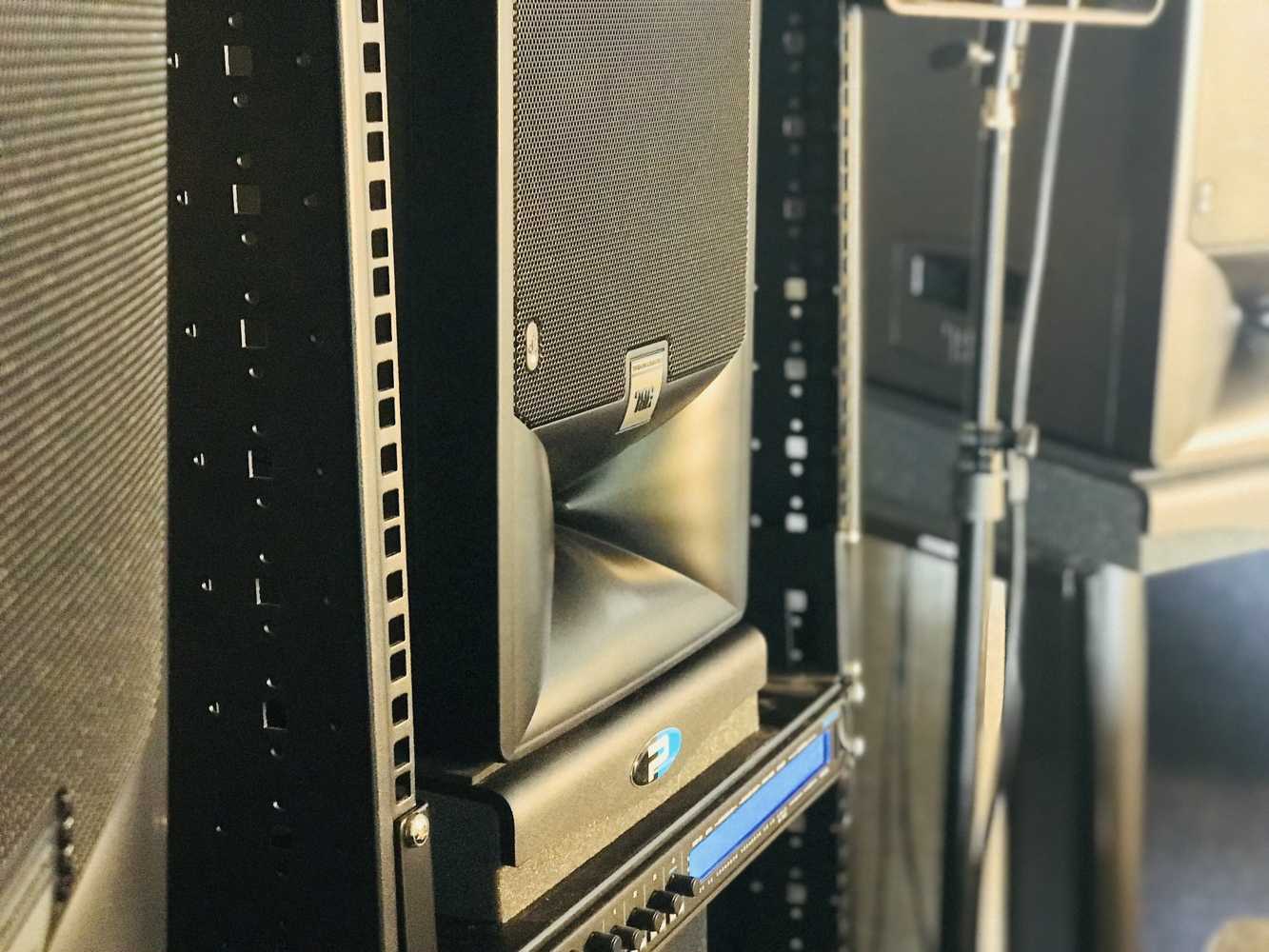 In the MZed Pro Membership education we talk about how to decouple speakers from speaker stands and tables with a simple paver and some gaffer tape. And while this is a super cheap and easy solution, it may not give the 100% result that we really need – especially with heavy or higher volume speakers. The good folks at Primacoustic make their amazing Recoil Stabilizers to get that powerful professional-level decoupling from stands and more and render a powerful stabilizing action to your speakers – but is it all hype or real? We put them to the test in Cinema Sound Studio B. Read on to see our results. 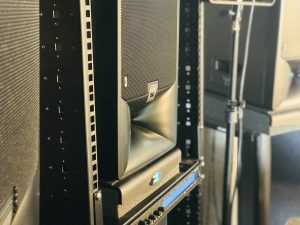 Does this mean you should decouple any speaker from its stand or table? WITHOUT QUESTION! And it really doesn’t matter if you use the cheap paver method or the pre-made pro versions of the Recoil Stabilizers, you’re going to get a better result than just letting all those bass frequencies drop down to the floor.

But to really put this into a clinical result, we took a JBL Series 708P speaker on a sand filled speaker stand, with and without the Primacoustic Recoil Stabilizer applied. We used Adobe Audition at 48kHz/24 bit going through a Mark of the Unicorn 1248 interface and an identical bandwidth series of audio files and monitored the waveform on the Waves Audio Paz Meter. We used the Røde NTG 8 pointed at the 708p at about 4 feet which is our listening position the studio.

Taking into account the inconsistencies of the microphone itself – which for the ultracardioid NTG-8 means frequencies start dramatically falling off from 100 Hz – but also does a great job of rejecting off-axis frequencies down to about 100 Hz, let’s take a look at what transpired on the Paz Meters for each recording.

nature of physics messes with perceived audio. In the end, pink noise looks like all frequencies “flat” on a frequency analyzer – which is the perfect thing to use to test how flat a mic/speakers are.

In the test with the Recoil Stabilizer On vs. Off, there’s very little deviation. If anything, with steady frequencies such as those found in pink noise, the no recoil stabilizer has MORE bass than with the stabilizer. Look carefully at the 60-85 Hz zones and the 120-175 Hz zones. There is, however, a STRONG deviation at 275. The dip at 250 may have more to do with wavelength attenuation of the microphone at 4 feet than anything else.

A Grand Cassa is a college/Italian way of saying “orchestral bass drum.” Basically that thing you used to hit in high

school band, but three times as big, and suspended on a stand. In this test the results, again, are almost identical. However, if you look closely at the lowest frequencies of the graphs you’ll see about a decibel difference in low frequencies in the Recoil Stabilizer plot. It’s small, but a decibel at that extremely low frequency (which the 708ps do well) can be significant. But because the Grand Cassa and the pink noise are really the same more-or-less sustained tones from a low frequency standpoint, it’s not too surprising these results are similar.

Because the Dub Step beat is so much more transient, we expected to see more divergent results. But we didn’t. With the

exception of about a .75 dB boost at 250 Hz in the Recoil Stabilizer test, they’re nearly identical. A bit disappointing for certain, since anyone can tell the difference in the low frequency results of the stabilizers in or out with such content. It became apparent to us that we were not analyzing the most important aspect of what the decoupling of speakers from their mountings brings.

We’re super clear that decoupling a speaker from its mount/base creates a snappier/happier/clearer low frequency response.

We were also so certain that it would show up without a shadow of a doubt in frequency plotting, but it didn’t. We decided to take a look at the recorded waveform of the first bass drum hit of the Dub Step Beat test. It’s incredibly transient, and at 85 dB, the 708ps were at their optimum speaker extrusion to make the sound happen.

What we discovered was the real reason recoil stabilizers make such a powerful difference. Transient response. At nearly every “edge” of the bass waveform, the speaker – or the very least the resulting sound – response faster, stronger and recovers with more accuracy than without. This behavior is noted only in the woofer of the 2-way speaker. High frequencies were unaffected. A difference of up to 1.5 decibels per peak. And while this may not seem like a lot, consider this waveform is around is roughly 45 Hz…which means every time the bass drum hits – or something else which is transient in the low frequencies, you’d be getting a “flubby” or non-accurate representation of the sound – 45 times a second without the recoil stabilizer. What a drag. No wonder we can viscerally notice the difference and why it doesn’t necessarily show up on a frequency graph very well. The proof is in the actual recoil of the speaker – and thus, perhaps, the name for the Primacoustic Recoil Stabilizer.

Thrilled that we weren’t shown to be sharlatains, we’re glad to be able to present to you the reason why you’ll spend a few hundred dollars on getting these for your speakers, and why – especially if you’re doing content with sharp low frequencies – why they’re make all the difference in your mixes translating outside of your listening environment.

Library while the price is 85% off!

Click here to be taken to the Cinema Sound store and secure your copy today!

JBL Engineers Talk About How It All Works!