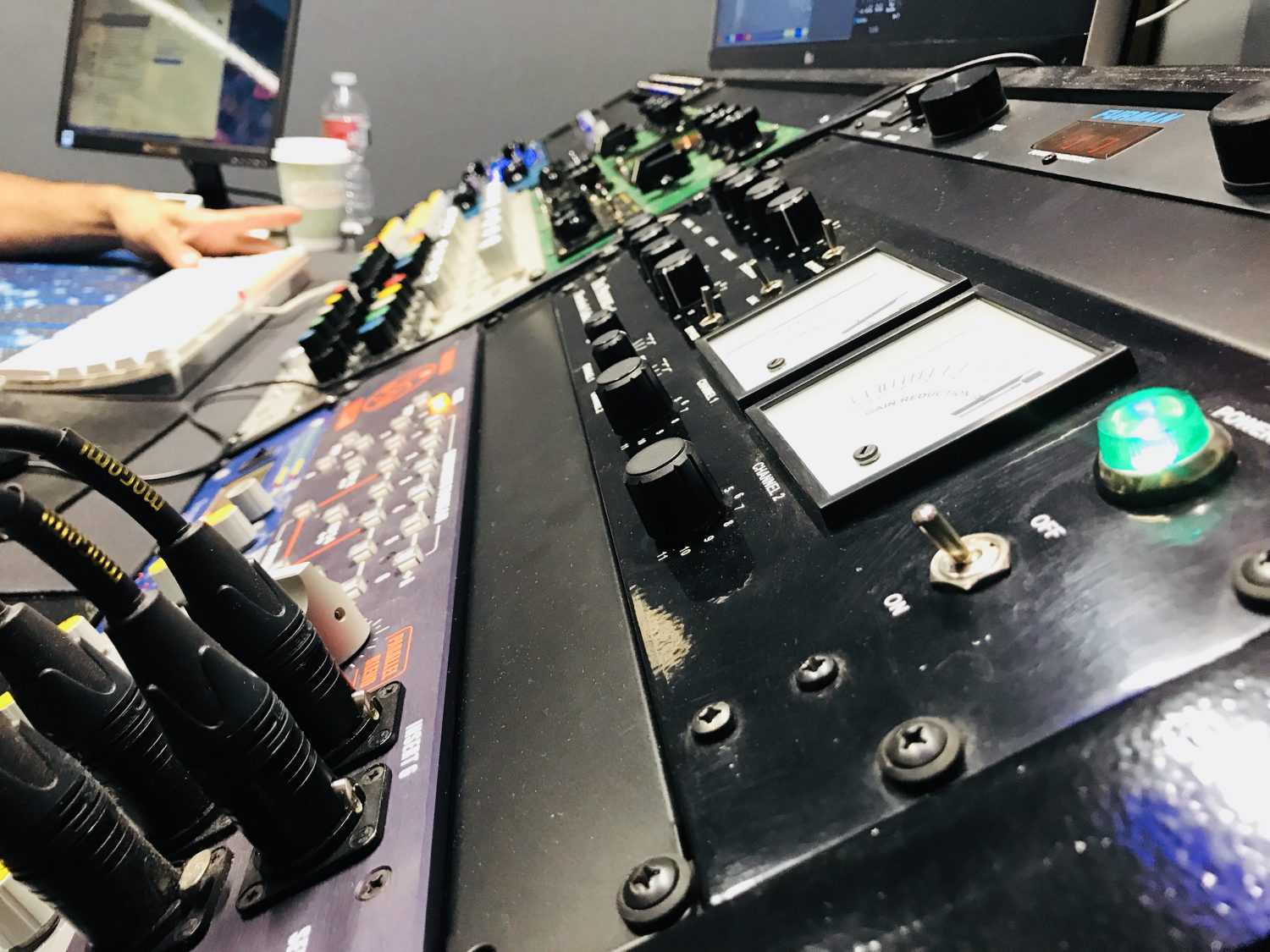 Mastering Uses Gear You Probably Don't Have. Be Careful.

While it’s true Cinema Sound is for filmmakers, and most of what we talk about here doesn’t

apply very well to music, this article will directly apply to music mastering. Why? Because you have music in every production, and your wise if you can turn it into a soundtrack to sell on iTunes or better. It’s critical that the music is at a professional level which can compete, and even if you adhere to the entire Cinema Sound 85 hour education, you still won’t know how to get your music-for-music’s-sake to the level it needs to be. Why? Well, it’s complicated. Let me explain:

Mastering music has been around for decades. It’s process which takes perfectly good final mixes and tweaks them with various processes to have all tracks achieve a cohesive sound and make them have an appropriate dynamic range for the genre of the music’s release. Sounds simple, but nothing can be further from the truth. We use the simple functions of this process to “master” our 5.1 and higher surround outputs in post production to make our required deliverables and to contour the output of the discrete channels so we don’t have some weird frequency or hyper dynamic mix which would not be in parallel with what audiences are accustomed to. But it’s extremely rare to hear of a mastering project being done in surround – although it’s becoming more common with the advent of 3D audio (yay!).

While surround/3D audio mastering is rare, it doesn’t mean that your soundtrack release in stereo shouldn’t have the best mastering money can buy. Just like with everything media, the marketplace is brutally competitive. If your music isn’t mastered, it isn’t loud enough, crisp enough, clear enough or good enough to compete – no matter how good the performances or content is. Period. No way out. No short cuts.

Why Don’t We Master Music for Multimedia?

Well, we do, but we don’t do it for music-only performance. In the Cinema Sound education, we show you how to notch EQ, Compress, Limit and all manner of manipulation to get the music be “mastered” to support the picture. This mastering is completely unacceptable for a soundtrack release – if for no other reason than the overall volume of the music goes up and down with the other audio disciplines. Boo. So, it suffices to say that we do master our music – heck, we even do it in 11.1 surround. In fact, we teach you how to do it. Mastering music for picture isn’t an art, it’s applied knowledge and a little common sense. Everyone can learn it. But mastering music for music only enjoyment and release: That. Is. An. Art.

Why Can’t I Do It Myself?

Well, you CAN! But you shouldn’t. Here’s what I’m talking about. In this case, I’m talking about me. Sure. I can master. I get the basics. I’ve got a powerful understanding of frequencies, loudness, phase, and compression. I’ve got a tuned room with $1,500/channel speakers. Why am I not someone who does mastering? Well, take a listen to the score from Blade of Honor with one version mastered by me and the other mastered by my favorite mastering engineer. See what I mean? Yeah. And I’m not bad…but I’m no master mastering engineer. It’s an art.

First: Forest for the Trees. Once you’re done doing a mix, you can hardly see the end result – those little niggly bits of the mix and SFX vs. DX vs. MX and all get in the way. It’s nearly impossible to be objective. Objectivity is the hallmark trait of the mastering engineer, and it’s the most critical element of mastering music.

Second: Just because I have years of experience mastering the outputs of 5.1 channels and creating great mixes, it doesn’t mean that I have the skills – or even the appropriate tools – to master music. It’s like asking a cardiovascular surgeon to save someone’s life in the ER. They’d give it a good go, but they’re never going to be able to be as efficient or create as good of a result as the ER doc – and there’s a good chance the patient will die. I wouldn’t trust my gun shot wound to that doctor…and I sure wouldn’t trust my music mix to myself – or yourself – no matter how good we are.

Third: As filmmakers or expertise is using the music to tell the story. It’s a terrible template for mastering music for maximum impact for its own sake. Even if you’re the composer of the music, you’ve written it to serve the picture and you’ll have very little capability to apply the appropriate tools to it in order to maximize it for music’s sake alone.

Bringing in a great mastering engineer is critical for having your music sound all it can be and to be able to compete in the iTunes/Music Marketplace amongst the millions of other tracks. Seriously. Don’t do this yourself. And if you must do it yourself, go ahead. Then hire a mastering engineer (if you don’t know any good ones, let me know I’ll hook you up) and see how much crazy better their master is than yours. Heck. Sit in on the session. You’ll learn a ton.

Having a mastering session for your music isn’t something you need to sit in on, mainly because most of the work which needs to be done is way over your head in the world of hi-fi audio and you’ll be lost. If you have any connection pro audio or are the composer, you DEFINITELY want to sit in on the session if you at all can. Why? Because there’s just nothing as awesome as hearing a pro make your awesome score sound even better than you could have imagined. And when you’re done, you’ll have an amazing piece of audio which you can take anywhere and feel proud of.

Prove me wrong, and see if bringing on a mastering engineer doesn’t change everything for your music.

6 Things You Must Do For Film Festival Audio – STYLING VERSION

Get To Know Your Friendly, Neighborhood, NLE Reverb Plugin