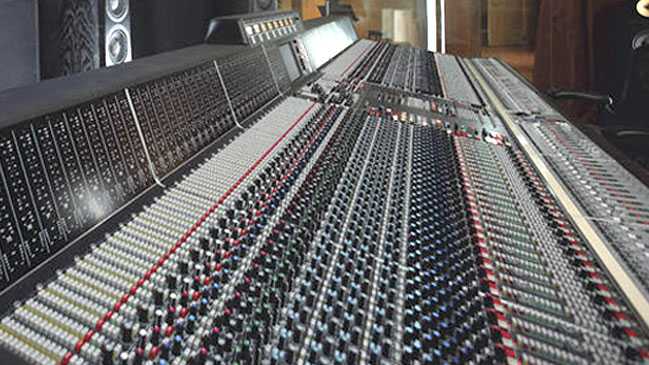 Big Mixes are Nothing to Be Trifled With

Recently on the Cinema Sound Forum we had a member ask about how to deal with large mixes and full-length media which has many scenes which all need different audio treatments. The question was how to set it all up and not bog down the DAW. We addressed it there, but I felt like it needed more exposition here. Below is a little treatise on how to deal with Large Mixes & lots of scenes.

Computer power is finite, and tracks in a big mix can be infinite. Add to that 50 locations or scenes, and you’ve got

a recipe for mixing disaster – even with an HDX 3 Pro Tools rig. Somehow, we have to deal with the fact that we need efficiency of working in a large mix while keeping as discreet as possible each scene space and location. Clever use of reverbs and bussing is part of a solution as is rock-solid dialog track organization, but there has to be more tricks played in order to survive a mix of 1200 tracks, 2.5 hours and 50 scenes. Here’s some suggestions to keep things under control, and the computer playing artifact-free in real-time.

Break It Into Reels

There are many reasons why we break up large format – and even small format – projects into “reels.” The

convention certainly came from the film screening days where older technology disallowed the giant single platter of film to be spooled for 2.5 hours. Back in those days, the projectionist would actually have to time the starting of another “reel” of the movie and make sure it happened seamlessly. There were between 5 and 7 reels of a movie dispersed across different “reels.” We still take on that concept in mixes and VFX, and what would have been 1200 tracks, 50 scenes and 80 reverb busses are broken into 256 tracks, 15 scenes and 20 reverb sends a reel. A lot more manageable.

Once the mix of the individual scenes is completed, you sew them all together in a print master session using stems from the individual reel mixes. Hopefully, the same levels and frequency response are held for all reels or some massaging of EQ and volume will be required. But doing this completely alleviates the computer resource issue the most of all suggestions here.

Some Disciplines Shouldn’t Change with the Scenes

As noted on the forum, not all disciplines of audio need to change with the scene or atmosphere…in fact several should not. Music, for one, typically doesn’t change it’s pan or eq based on a scene change. Except in the case of source music (which is usually just a stereo mix anyway), you don’t have to worry about that.

Ambiences are another one which really don’t need any kind of processing to change scene-for-scene since the nature of the audio itself must change from an editorial standpoint. No resources (except perhaps a few extra tracks) taken there.

Hard Sound Effects yet are another one which have no real bearing on scene-to-scene transitions. Of course, they need to be layered into the room along with everything else, hard sound effects can easily share the same reverb units as the Foley busses, since foley and ambience deliverables are almost never separated from the hard sound effects.

Reverbs Don’t Have to All Be Different

The big resource killer are reverbs. You’re going to need a lot of them. One for every room, and 5.1 reverbs to boot. And one for the DX and one for SFX…which adds up cruelly. But with small changes, you don’t need to have different reverbs for EVERY room. In fact, unless it’s really necessary, you don’t need to use convolution reverbs to “perfectly recreate every room” either. Convolution reverbs are notorious for burning computer resources. Use algorithmic reverbs instead. For post production work, honestly, no one is going to know the difference between them (much to the chagrin of their marketing campaigns).

Don’t use 5.1 reverbs. Instead, use a stereo verb for front speakers and another for surround speakers. Give them

each their own bus. Now you can mix and match front and back reverbs and create completely different sound scapes using the front reverb from Room A and the surround speaker reverb from Room C to create a Room D scape.

Don’t use a bunch of similar sounding reverbs to try to make slight changes from similar looking rooms on-screen. Use automation to snap reverbs into new sounds. As long as the plugin doesn’t create zipper noise, this saves a TON of resources and track counts and further gives mileage to mixing and matching the stereo reverb concept above. And we find another great reason to use Algorithmic reverbs since convolution reverbs can’t change their IRs without massive artifacts.

Use Effect Dialog Tracks for All Characters

Many times we have to futz a series of dialog lines for police, fire, or military transmissions. We also have all manner of effects which need to be applied for dream sequences and robot voices et al. Instead of doing an effect track for, say, the futz for each character which has them, simply have a “Futz Track” and dump any line from any character into that track. You’ll use automation and possibly a good deal of panning to conform the individual characters voices, but if that effect track is able to be bussed to all of the DX reverbs, you’ll still have all the control you need to get the effect for all actors without adding superfluous tracks for each actor for the same effect.

Don’t be afraid to bus an EQ across the DX bus and automate that in order to create a different sounding situation.

If you go from an intimate interior scene to an exterior crime scene, you can easily cut some high frequencies for the outdoor DX by turning on a high shelf band on that DX Bus EQ, and all the dialog is going to sound like it’s in a different world. You can do this using De-Essing, Compression and any other bundle of effects to radically change the sound of the dialog (or any other discipline for that matter). It takes very little CPU power to do this and no further tracks.

Use the Master bus EQ to Globally Change the Immersion

Lastly, you can use this same technique across the master output. EQ, Compression and other plugins can be instantiated across the entire mix and automated scene-to-scene. This gives a completely different feel of immersion for the audience and really improves the difference of the sonic texture from scene to scene in a super easy way.

How To: Create the Dialog Basic Grade