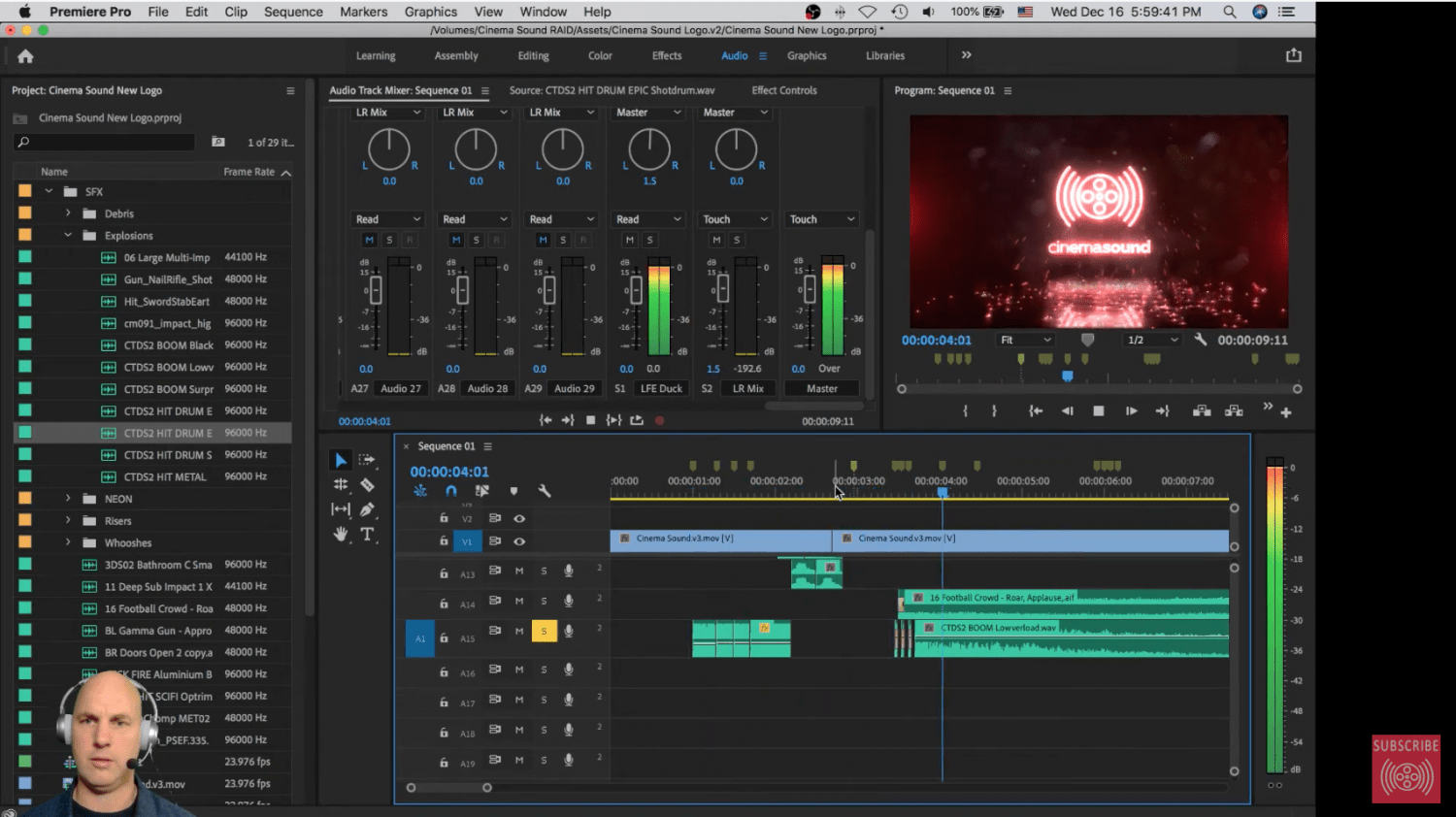 We’ve been preaching the virtues of cutting audio using Digital Audio Workstations over Non-Linear Editors for years. Naturally, DAWs have all the muscle you want and none of the fat you don’t when focusing on audio-only projects. But in recent months, several NLEs have risen to the challenge of being on par with their DAW counterparts when it comes to audio post. The most accomplished of those is Adobe Premiere Pro. It’s even possible to do large format mixing in Premiere Pro.

Mark Edward Lewis, our senior educator, did several live videos demonstrating high track count mixing in Premiere Pro. The latest can be found in the link below in the form of him sound designing and mixing the newest Cinema Sound logo in Premiere. Watch below as he demonstrates live the workflows for mixing dozens of tracks of sound effects, ambiences and music while adding plugins, effects, mastering outputs and managing internet mastering techniques and routing – all from within the Premiere Pro workstation. Large format mixing in Premiere Pro:

Does YOUR Audio Interface Double As a Recorder with Timecode? MOTU 1248 Can

6 Things You Must DEMAND From Your Post Audio Company

Ten Things Which Will Kill Your Film – from an Audio Perspective: Part 1