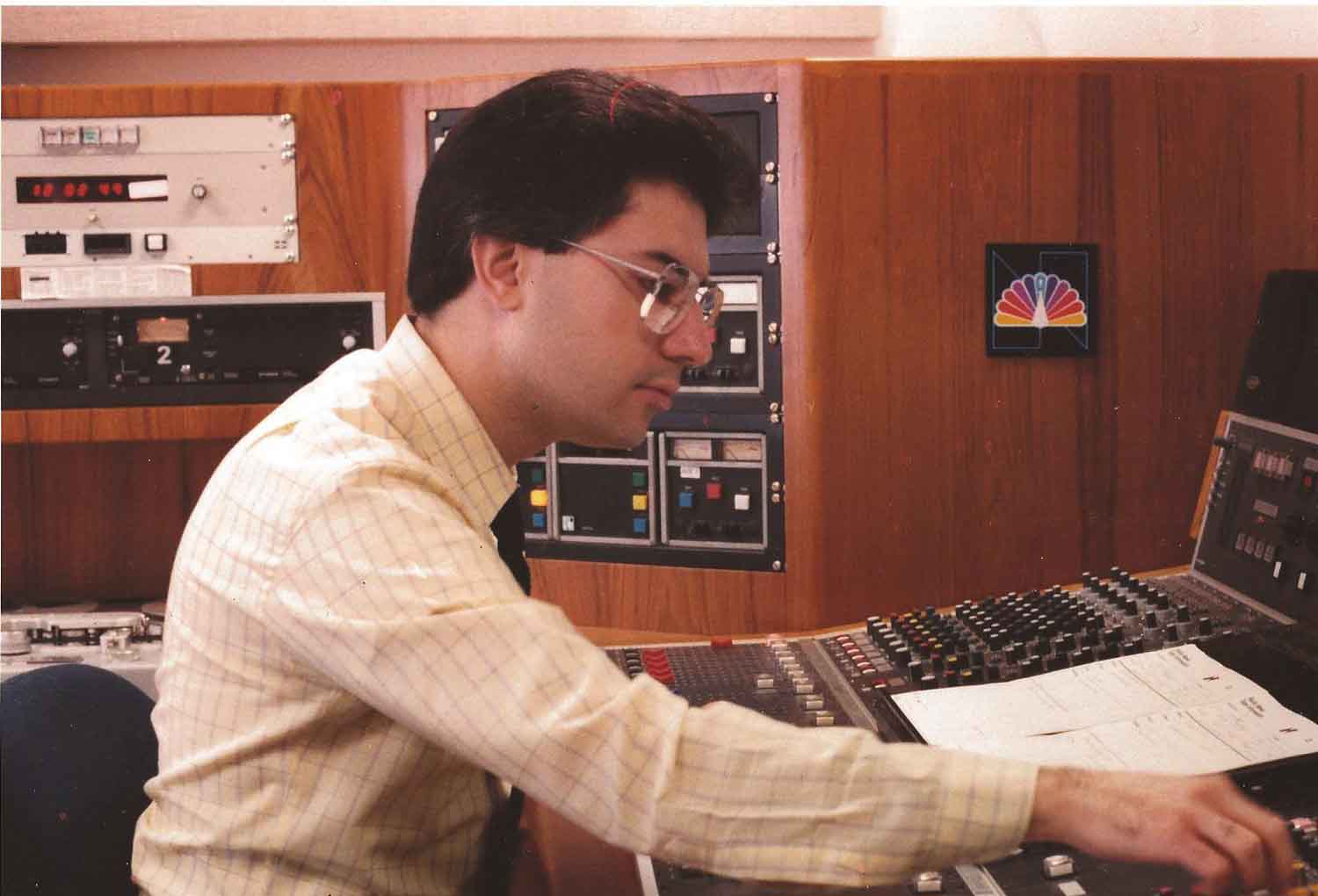 Cole mixing at NBC on a custom Studer Console

Here on Cinema Sound we are always honored to have guests come in, and today we are so honored to have my dear friend Coleman Clarke with us. He is one of the rare few audio recordists who knows how to get amazing audio, understand the needs of the filmmaker, and is a total gas to have on set. Plus, he’s been in the field of audio for 50 years, he’s been the sole responsible party for once-in-a-lifetime/one-shot recordings for events like the ringing of the  bells in The National Cathedral in Washington, DC for the Official Bicentennial Ceremonies (1976),, countless Presidential/dignitary addresses – and hey – my own productions. When people ask me who my top recommendation is for sound recordist, I quickly point a finger in his direction. Cole is the quintessential master of sound recording and reproduction, and whatever he tells you – even if it disagrees with what we’ve been talking about here – is right.

[Mark Edward Lewis] Cole, what a pleasure to have you with us here on Cinema Sound.

[Coleman Clarke] I’m thrilled to be!

MEL: How did you become interested in audio and what fueled your passion for recording sound?

CC: Believe it or not, my interest in microphones and capturing sound started as a youngster. I was “fortunate” to be on the set of some iconic NBC Television shows growing up including  the “Howdy Doody Show” in the 1950s, and “Sing Along with Mitch (Miller)” in the 1960s. On both occasions, some very generous studio crew members took time to explain the microphones and audio “chain,” which definitely piqued my interest. Also during my youth, I was fascinated by radio broadcasting, and spent many hours at New York radio stations, talking with the engineers in the control rooms. In those days, all of the control rooms recorded commercials and news stories either on record lathes or very clunky open reel tape recorders. I later came to realize (and I still impart this to my college classes) that you can learn an enormous amount about sound and audio by making connections with local sound professionals at stations and studios, and asking questions, and just observing. In fact, some of the connections I made, enabled me to sit in on the production of “The Ed Sullivan Show,” over at CBS, and watch them do a live television broadcast with music, live booth announcing, and a tremendous amount of microphone crane/boom work. You can learn so much from seeing how the sum of the parts in audio and sound come together to make it happen.

MEL: Those were incredible days. Back when “live” really meant LIVE! Including the orchestras they’d hire. These groups of master musicians would show up, according to my teachers, and would sight read these crazy charts on live TV. Almost as nuts as working on a record lathe.

MEL: So you started in the glory days of TV. Amazing. Then what happened?

CC: When I was an undergrad in the New York City area, in 1968, I managed to get a part time job at NBC Radio & Television in Manhattan, as a production assistant. Little did they know, when they hired me, that I was using THEM to gain knowledge about the art of audio!

CC: I was fortunate to make friends with the crew members of “The Tonight Show with Johnny Carson,” “The Doctors” (soap opera), and several other programs. THAT was a school of audio engineering…from watching them mic the Tonight Show band, the audience, mixing soap opera mics and music & sfx, I learned a TON about the ART and SCIENCE of sound. Before leaving for grad school (1971)I was able to observe some recording sessions at the world famous Ultrasonic Recording Studios in Hempstead, Long Island, New York. Ultrasonic is known for  their sessions with such artists as“The Rascals,””Vanilla Fudge,” “Billy Joel”nd many others including  “Iron Butterfly.”  THIS was truly one of those “AH-HA” moments…seeing the ART of the mix, many done live (no Pro-Tools back then!).

MEL: For a second there I thought you might be referring to the 80s band. Knowing you, you’ve probably recorded them too.

CC: My 80s band experience I’m keeping a secret to protect the guilty.

CC: That revelation about mixing was the basis of my love for the LIVE MIX. Live television and live studio mixing became my obsession. I realized how important PERSPECTIVE was for audio. This became my reference point for EVERYTHING I did in audio following those early days, whether news gathering, film sound, mixing Congressional hearings, music recording at Black Entertainment Television, recording The Beach Boys on the Ellipse in Washington, DC, doing live theater….no matter the task, seeing & hearing it in your mind FIRST, enabled me to approach challenges with greater clarity of execution.

MEL: Forget your resume. Just mentioning those folks would fill most people’s careers.

MEL: Well then, what is the most important thing a sound recordist must remember?

In the next installment of this three-part interview, Cole gets serious about the things recordists need to know to get recording right the first time.

Have similar experiences? Let us know or Tweet about it!

Best Settings for Streaming and Recording in OBS