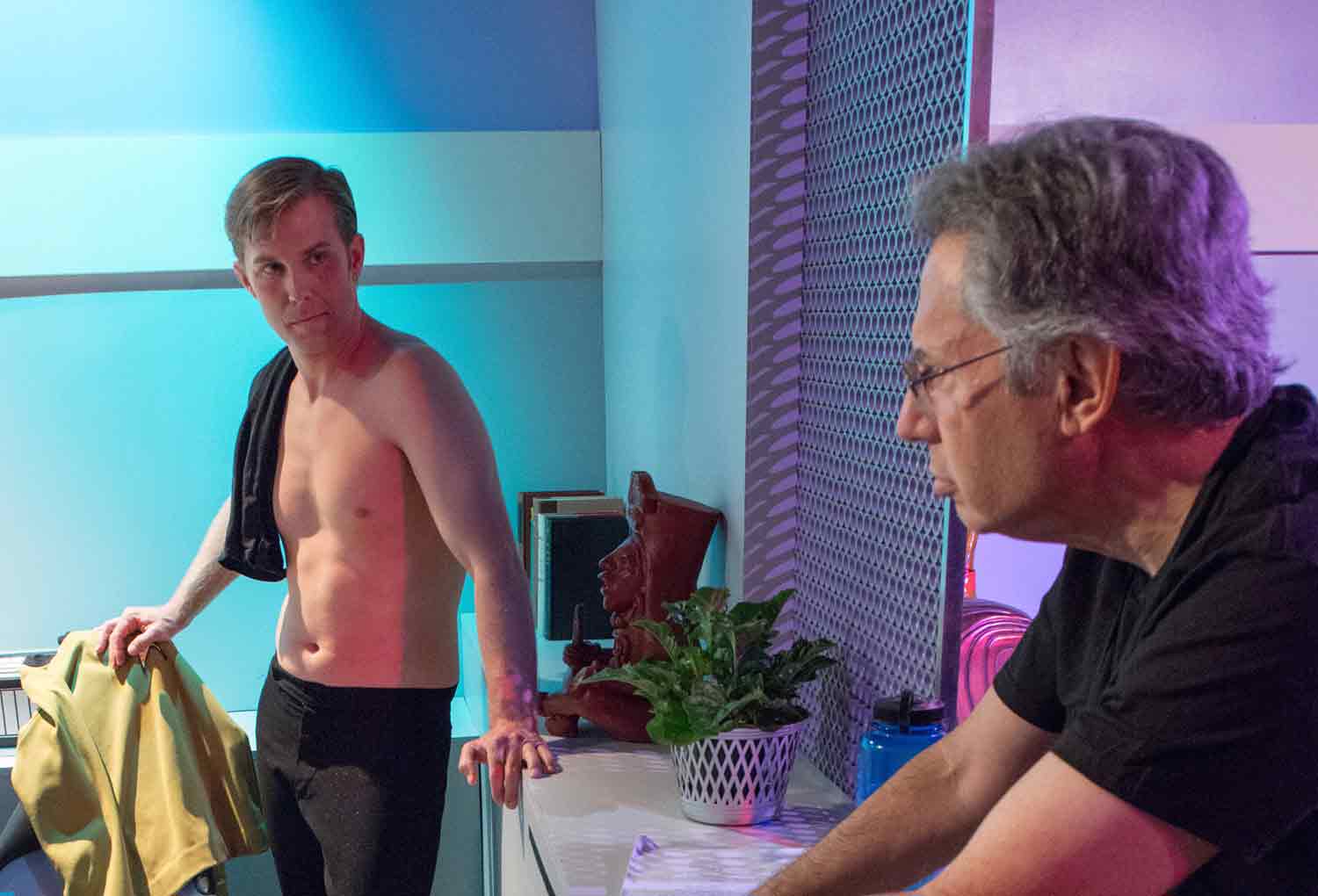 In this final installment of the interview with Coleman Clarke, he speaks about how to be prepared for a shoot and how to protect your gear – plus the most important things to know as a recordist.

[Mark Edward Lewis]: Then how do you approach being prepared for a shoot?

[Coleman Clarke]: My background is a little different than many who came up solely in film. With a background in

news gathering, including my travelling with 5 Presidents, The Queen of England, and dignitaries from around the world, I became immersed in the world of Tweet: “THERE IS ONLY GOING TO BE ONE CHANCE TO CAPTURE THIS SOUND!” So I have always been obsessed with checking, and re-checking, and checking my gear again. This has served me well in both historic news events, when I was the “pool” sound [the only sound engineer allowed in an area) and there was only one chance to capture words, sounds or action…and in entertainment, when traffic could only be stopped one time for one take, or something was going to be destroyed one time. Obviously, “sh-t happens!” You are going to have equipment failures. But you can do everything in your power, UP UNTIL THE ACTUAL ROLL, to be 99% sure that everything is operational.

In my earlier days at NBC, for both entertainment programs and news gathering, we used Nagra portable reel to reel tape decks in the field and on location. Beautiful machines…built like tanks, astronomically expensive, and very, very reliable. But in the cold, batteries are NOT always reliable, and sometimes the Nagra was ready, but the “juice” was not there. Yes, stuff happens. For low budget productions, you’ll probably be lugging your own gear around, including loads of batteries or battery belts, spare recorders, maybe separate mixers, etc. For high budget productions, you may have support staff transport your equipment cases for you. PACK AND CHECK YOUR OWN GEAR!!!!!! People make mistakes, and get distracted. If you MUST let someone else pack your gear, TAKE INVENTORY BEFORE LEAVING YOUR HOTEL OR HOME BASE. This includes batteries or power supplies for your shotguns or condenser mics, if phantom power becomes disrupted. Bottom line: never go out on a job vulnerable to your own lack of preparedness. You will regret it, and it will take time to earn back your reputation for reliability.

MEL: So very important. I trust you learned this from being wise, intelligent and good looking instead of from experience?

MEL: What is your preference for indoor dialogue: Shotguns or short condensers?

CC: The debate rages on! If there is one question I get in classes about film dialogue, this is one of the top ten, and I certainly hear the debate at various venues. Shotguns are wonderful for many things. They come in supercardioid, hypercardioid, and proprietary flavors in between. Let me give you my perspective. Shotguns are great for capturing distant sound and cutting through the mix. Sometimes, indoor acoustics make the use of shotguns tenuous, at best, because of their interference tube design and the very narrow but prominent rear lobe [editor’s note: he’s speaking specifically about the slight but real pickup polar pattern which most hypercardioids have – but the Røde NTG 3 does not]. Their immediacy can act like a magnet for reflected sound, and they tend to flatten nuances in delicate dialogue. For the most emotional impact, I have used two very nice mics, generally classified as indoor dialogue mics: the Audix SCX-1 Hypercardioid, and the Schoeps MK41 capsule for the CMC bodies. For multiple actors, talents, etc, the Sennheiser MKH-416 is, of course, the standard bearer in Hollywood. A lovely instrument IF you have scoped out your shooting location. Indoors like warehouses, reverberant rooms, etc, are sometimes not the 416’s friend. Have both kinds of mics in your mic locker and you’ll be golden!

MEL: So, you’ve spent a huge amount of money on microphones, then. I’m sure lavaliers included. Tell us how you deal with makeup/hair people and their trigger-happy hairspray bottles. Filmmakers need to hear the unadulterated truth about what happens there.

CC:  I have had the “good fortune” of working with some very talented makeup artists, especially in live theater or live broadcast situations.  Often, I have had to use hair-mics (both in wigs and in natural hair,  or body mics hidden in and around the collar, in eyeglasses, or under hats.  Usually, this would involve the use of spirit gum and other tape/adhesive products to secure both the mic and the cable.  Sometimes the mic would be snaked down to a waist or thigh belt.  Sometimes the transmitter would be part of the hairpiece or wig.  Handling sensitive (and expensive) mic capsules around solvent based products is perilous, at best.  Once goo gets into the mic capsule or mic capsule cover, you are severely compromised for the immediate use of that mic.  It will either be completely unusable, or it will be muffled or at least suffer intelligibility problems.  But, alas, that is not the true pothole in the road!  The true pothole is called hairspray!  Yes, my friends…hairspray!  Some makeup artists use very creative water based products.  But in my experiences, hairspray is usually a form of spray laquer, plain and simple. And the problem is not using the hairspray, it is the proximity of the spray to the mic.  Some makeup artists are VERY good about working with the audio folks in protecting the exposed mic capsule during full dressing and during last minute touch-ups.  However, if the sound tech is not on his or her toes, and doing reconnaissance on the mic when make-up and hair is being done, it can quickly turn into disaster.  Tweet: The solvents in lacquer based hairspray will destroy a mic element quickly and irreversibly. Make friends with the make-up folks!

Let them know your concerns, and where the mics will be.  For Broadway, national tours, television specials, and

regional theater, you will probably only need to have an initial conversation.  But for single performances, protect your equipment,and HAVE SPARE MIC CAPSULES.  And while we’re on the subject, ear pieces used for audio returns, sound reinforcement and television IFBs are subject to their own pothole…EARWAX!  I cannot tell you the number of times I was doing a live national telecast, only to have the stage manager panic because the talent suddently could not hear either click tracks or direction.  Before the cameras roll, or the performance begins, make sure earpieces are clean and clear.  It’s a dirty job…but SOMEONE (the sound guy) has to do it!

MEL: Thank you so much for coming in. Is there anything else you’d like these filmmakers to know?

CC: Some people reading this will think my ramblings are pretty self-evident. And for some people in the business, they’d be right. But having the benefit of plying my trade in such a wide variety of industries, I posit to all of you colleagues, that in the fields of audio and sound recording and production, your reputation is EVERYTHING. You’ll have enough challenges from weather, logistics, costumes, and “personalities…” Don’t sabotage yourselves by becoming complacent, bored, overly-confident, ill-equipped,or just burned out. Personally, I have always believed that sound is the medium that touches us more than any other. Don’t just learn HOW to do sound…be an artisan…Tweet: understand WHY sound matters to a scene and you will have made it to the next level!

Cole has been doing sound/audio for close to 50 years, in radio, television, film and studio recording. With a Master’s Degree and specialized training from The Newhouse School of Communications (Syracuse University), he has been in both audio operations and management & supervisory positions, at facilities throughout New York, Washington, DC, and Burbank, California. During his 32 years of audio production at NBC Radio & Television Networks, Cole garnered 22 national awards for production excellence, including a prestigious George Polk Award, which he shares with journalist Peter Laufer. He is now an audio consultant & contractor in the Mid-Atlantic region, oversees a commercial voice over studio, and teaches media courses at colleges in the Washington, DC/Maryland metro area.

Want to add something to Cole’s interview? Let us know here or Tweet about it!

5 Things You Must Do When Shooting Interviews (or Auditions)