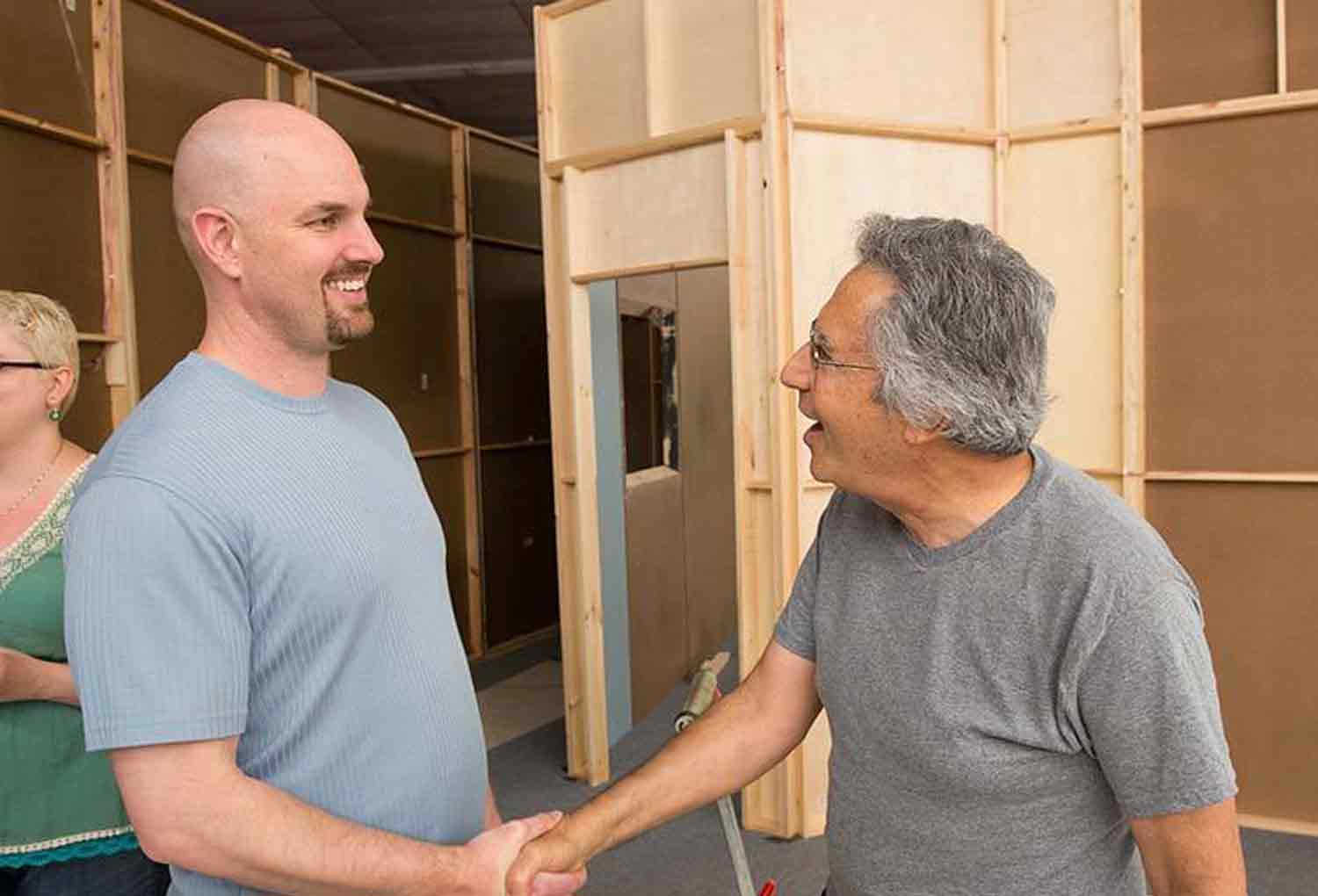 In the last part of this with Coleman interview, he spoke frankly about how he got started, in this part, he talks about some of the most critical things to know to make recording on set work the way it should.

[Mark Edward Lewis]: Well then, what is the most important thing a sound recordist must remember?

[Coleman Clarke]: I am going to begin this answer in a very odd way. Years ago, when calculators first became

popular, many students lost their interest in doing math with paper and pencil. Eventually, they could only do simple calculations with this electronic device. Even today, when you go to the grocery store, cashiers are able to give change ONLY if they rely on the electronic register readout. Very few can do the math in their minds.

I view the art of audio & sound the same way. It isn’t enough to read levels. It isn’t enough to point the mic, or angle the boom overhead. The TRUE audio technician and the TRUE sound recordist analyzes the sound stage in front of him/her. One must look around. What does the set or locale look like? For interior recording, are there reflective structures overhead or to the side, or in the rear? Are there subsonic frequencies from nearby , generators, motors, traffic, air conditioning units, elevators, etc? For outdoor locations, which way is the wind blowing? Are there distant sounds that MAY be picked up during the dialogue or action, carried by the wind? My analysis of the scene and set begins way before my selection of mics and blimps or deadcats. Does the actor have nasal qualities? A bassy or boomy voice? Is the actor (or TV host) a smoker?

MEL: I’d understand that as a quality to note for music vocals, but why on set?

CC: I have been burned by wheezing talent…something that is not readily apparent to the naked ear…but BAM…there it is on a take when a sensitive boom mic or hidden on-body lav picks it up just fine!

MEL: Gross. Probably worse than someone burping in your ear.

CC: Which with lav mics, you hear more often than you’d like.

MEL: I imagine you hear all sorts of things you’re not supposed to hear. The odd bathroom conversation when the actor forgets their transmitter is on?

CC: I’m responding in parallel to my 80s band involvement. [both laugh]

MEL: What is the relationship of the boom operator and the sound recordist?

competent, experienced sound recordists. On set, as in any other collaborative setting, ego must be checked at the door. Even in my experience with NFL football games, when you have THE BEST OF THE BEST, at every position on the crew, someone is in charge of every technical section. Someone is the final decision maker. You may want to entrust some of the audio to your colleagues, but THAT MUST BE DECIDED IN ADVANCE! I hate situations where the crew wants to “do their own thing” during filming, taping, or even a live broadcast. If someone is going to be responsible for a certain boom movement, or travel shot, or boom handoff to someone else, have that understanding before rehearsals begin. More importantly, Tweet: once a scene is blocked out, audio-wise, the recordist MUST be assured that nothing will change, or levels will suffer. Even if you are going to run a protection track at a lower level, you cannot have unanticipated audio scenarios, well…unless you are doing an unscripted reality show, of course, which is a lesson for another day. Lastly, be humble enough to get the opinions of others who may have viable experience with a similar shooting situation.

Sometimes there IS a better way of doing things, despite the fact that you, as a sound recordist, are set in your processes. New does NOT always mean better but then again, I still learn new things every day, because that makes me better at my job and my advice to others.

MEL: Then how do you approach being prepared for a shoot?

In the final installment, Cole talks about how to be prepared and what to watch for in order to keep your gear safe.

Have more to say about this? Let us know, or Tweet about it!