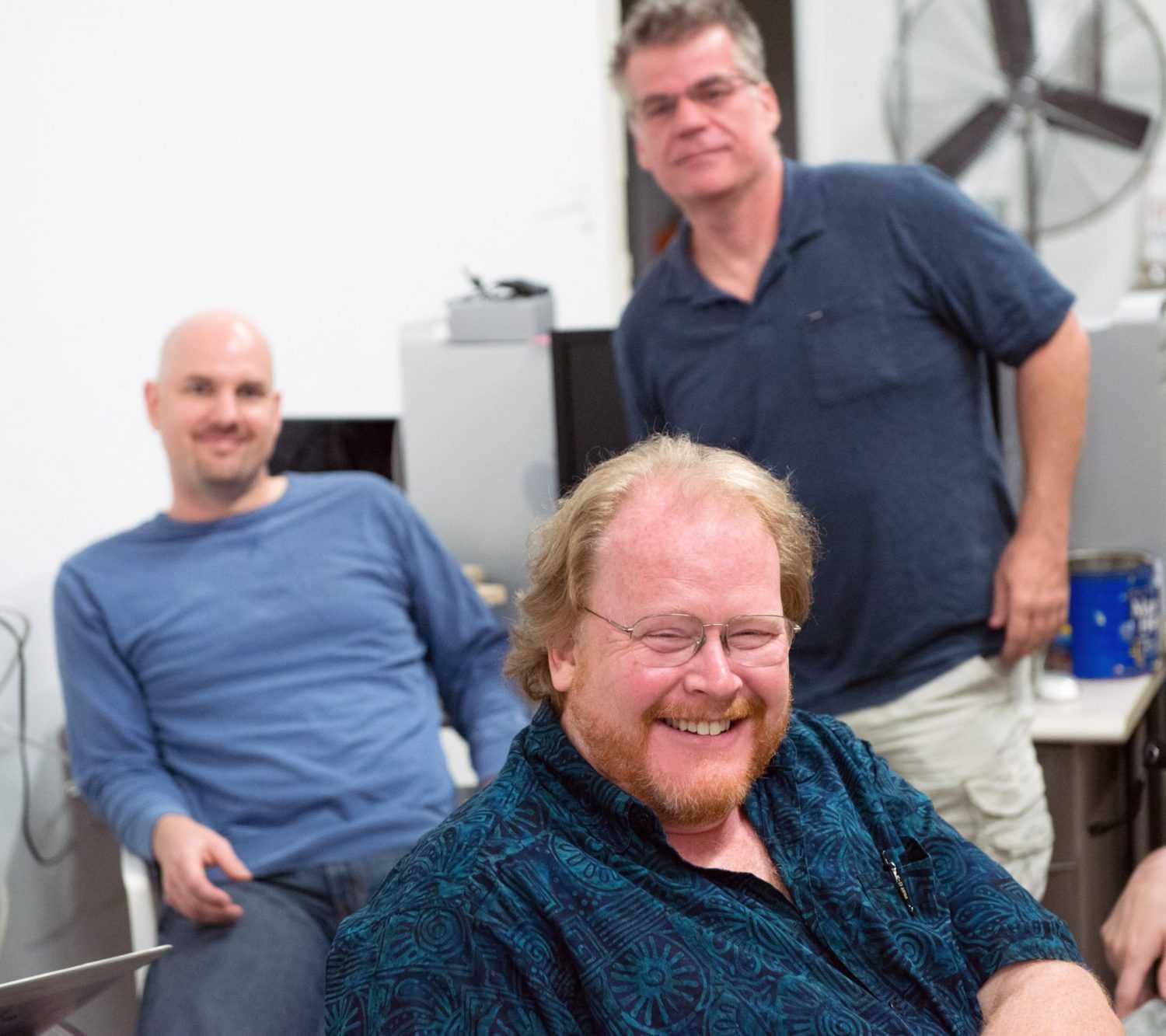 In this, the final installment of our interview with Cinematographer Jeff Barklage, he gets serious about how sound people should work and how camera takes should be done.

[Mark Edward Lewis]: We teach that boom operators/sound people need to be completely versed on the scenes and rehearsals that are being shot for the day including lines and blocking. What kind of impact do you think that kind of attention would do for shooting productivity if at all?

[Jeff Barklage]: I couldn’t agree more. Tweet: Boom ops need to pay attention to what is being said on set, because the

bulk of our work is now to “shoot the rehearsal.” Everyone suffers from this method. If the boom op is attentive and can listen in to the conversations with the DP, director, AD and camera op just before a rolling rehearsal, then that boom op at least has a fighting chance to catch the bulk of the audio. But when communication is crap on set, and no one has time to tell the boom op what the lens is, what the coverage is, etc…then that poor person will be once again screamed at when the take is over.

MEL: I would think that the ability to roll on rehearsals is a benefit to the filmmaking art, since the filmmaker can possibly record performances they might otherwise not get – especially if there is an actor whose first takes-become-rehearsals are best?

JB: That may be, but I have noticed that since digital has replaced film, there is no urgency to save money by rehearsing. In fact there is sometimes no rehearsal at all. What I mean, is that when we shot 35mm motion picture film, we were pulling 18” of film stock through the camera EACH SECOND!! And if you do the math for the cost of that 18,”  the cost of the film stock, the cost of the processing, the cost of printing that negative you are talking about a dollar a second. Cost conscious producers would NEVER let this financial waste happen, so you would rehearse each shot before you committed the investment of film. Tweet: With today’s disposable media, I see fantastic wastes of rolling rehearsals, rolling camera for long periods of time between takes while notes are given to actors or makeup touches are made.

MEL: Yeah. I know you’re talking about me there as well. I’m guilty.

JB: [laughs] I wasn’t going to say anything! [both laugh] The disipline on set is zero, and that sloppy method of production has lead to rolling without vital information given to ALL departments on set. The whole process suffers due to this.

MEL: If you had it all your way, how would a narrative shoot go? Would a commercial shoot go any differently?

JB: I work in both worlds: Narrative and Commercial. They are distinctly different animals. Some filmmakers do a ton of pre-planning and work their craft beforehand so that when on set, they get the best of the best, while others have a flippant attitude and let things evolve on set. It’s sort of like the chaos theory. Usually both succeed, but I dunno how [laughs].

I firmly believe in doing as much pre-pro work as possible. My theory is that if you have a plan of attack, you are prepared for almost everything, but if you suddenly see something better on set, go for it. But at least you have a fall-back plan if needed. You must be flexible at all costs.

MEL: [laughs] If you had advice for filmmakers who really want to understand all there is to know about audio and how sound impacts audiences, what wisdom would you give them?

JB:I would recommend a firm understanding both in the acquisition of the audio tracks in post, and how they are handled and used on set. You need to know both worlds. Also, shadow a sound mixer on set, and then shadow the post work done on that same project to get the entire picture.

MEL: I totally agree. Just like directing, if you don’t know what goes on in editing or VFX, it’s unlikely you’ll shoot continuity-cuttable footage – our you’ll just shoot at 50:1 ratio. What’s the most important thing to know about working with a cinematographer?

JB: If you mean from an audio standpoint, I would say watch that DP’s other work, if possible, and get a good idea how that person frames and composes shots and how he/she LIGHTS the set. Will you have room for the boom op? Is there usually a lot of hard backlight that might be in the way of the boom?. After that, meet the DP and simply strike up a conversation about how you can work together on set.
DON’T BE AN ASSHOLE!!! I find that a good relationship between the boom op and the camera op is imperative!

MEL: What’s the most important thing to know as an audio person on set?

JB: Get notes on the frame and the blocking.

MEL: Thank you so much for being with us, Jeff. I can’t wait to see what you shoot next! Now, how about that “Let’s take a walk” story?

JB: Well, I’ll tell that one if you tell the one about you getting lost in your outline and “accidentally” teaching relationship training on the  Sound Advice Tour.

Let us know your thoughts on this interview, or Tweet about it!

10 Reasons to Use a Condenser Microphone