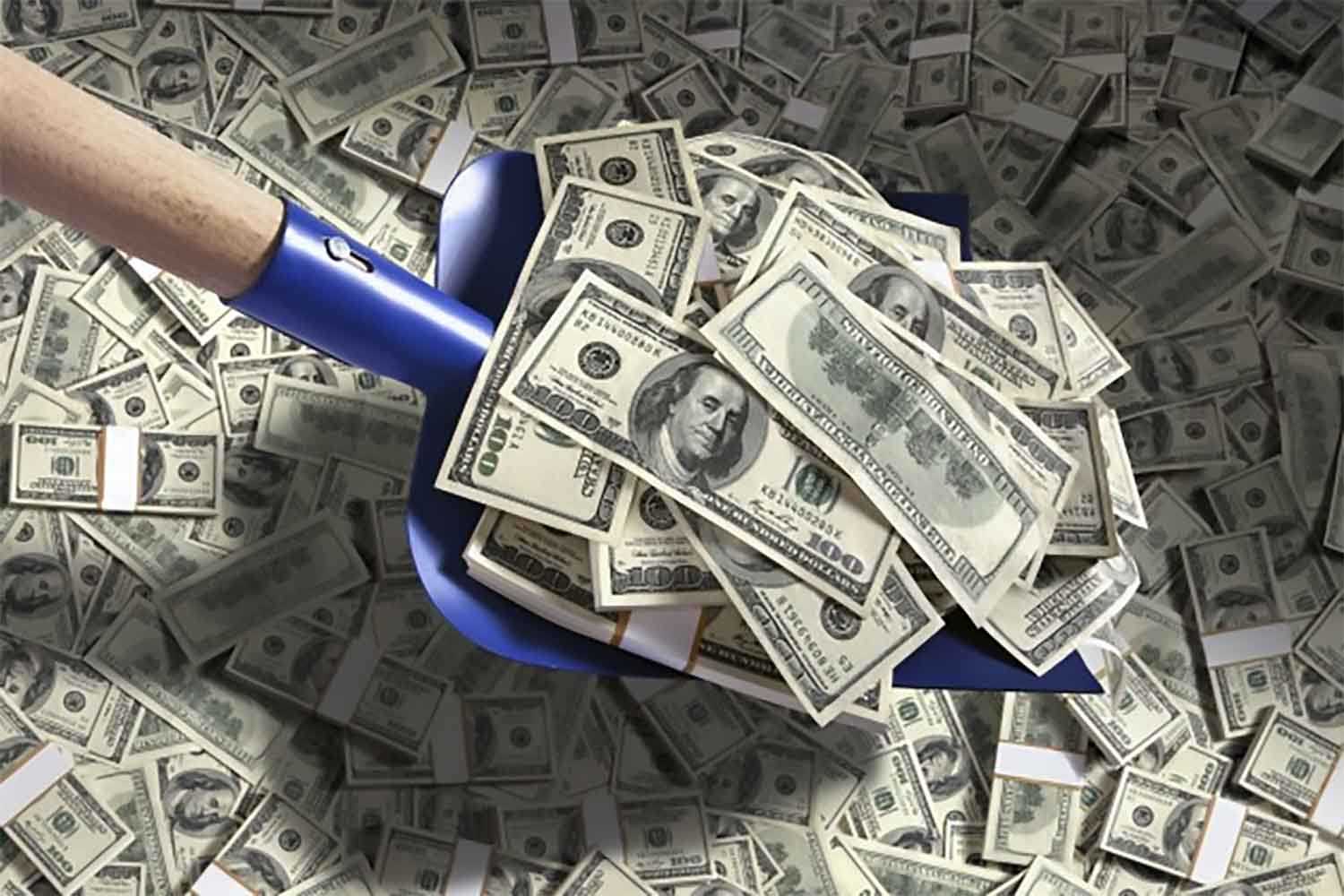 Knowing How To Budget Post Sound is Critical to Filmmaking

In this article I’m going to cover the specifics around what independent filmmakers need to know about the itemized portions of the cost of sound post. I’m also covering this for my sound friends who are constantly asking me what they should charge for various services. Check this out.

I did an article here where I discuss the overall cost of sound – including music – and how much of the overall budget should be set aside.  But in this

article, we’ll get to the nitty-gritty about specifics so producers and filmmakers alike can see where they might be able save money by investing in the MZed Pro Member Education and how much they’ll need to budget for specific areas. I also want to be sure my sound mixing/making friends have a reasonable understanding of what they should expect to ask for the kind of work each will require. No more of this, “doing the sound for a 7 minute short film shouldn’t be a big deal. They said ‘it didn’t need much. I figure $300-500.” – but they cut it in FCPX and they want a 5.1 mix and will need an M&E and are expecting the ambiences and sound effects to come from well-recorded on-set dialog...in mono. [wrong answer sound inserted here]

The Truth of the Matter

The truth of the matter is that independent filmmakers haven’t been trained in what to do with sound either on set or in post. Worse, the lack of knowledge has cost these folk thousands of dollars. Worse yet, it has cost them the audience impact that they’ve dreamed of, because they didn’t have the skills to get the sound of the picture done right. To me, the cost involved with this is far greater than the entire budget of the picture. We’re not making silent films. If the sound isn’t Hollywood Level, it’s killing your film and all your work.

You might be thinking, “dude, $299 for an education is a lot of money for me.” I understand. But if you had access to the solutions to have your product compete in the media marketplace and you were given more discounts than the price of the course in software which you’ll need, wouldn’t that be amazing? Wouldn’t having the ability to rise to the top of the competitive media mountain and have your media be far more powerful than your compatriots’ media be the most important thing?

You might be thinking, “my skills as an editor are great, and I know how to record great audio on set. I know how to cut audio into a great flow, and I’m a great music editor. That’s enough.” That’s great! But do you know how to clean up your dialog and recordings? Do you know how to blend your dialog with music so that you’re not losing the impact of your music (because you only know how to move volume)? Do you know about surround? Implement foley? What about the right way to layer and implement/record sound effects? How about audio deliverables? Do you know the kind of mastering and legal levels which are required to be compliant?

I’m not just yelling (oh…am I yelling?) at independent filmmakers who feel like they don’t see the value in the MZed Pro Membership (or mentioning the directing/cinematography/editing and other 40+ hours available there too), I’m talking to audio folks who haven’t thought this through. If a filmmaker buddy of yours asks you to do the sound for their picture, because you’ve got a studio, a few mics, and you’re a composer by trade, do think carefully. There are myriad of skills and techniques which will be required of you (to say nothing of software and hardware) which composing, editing, even mixing don’t offer and will not be available to you on some youtube channel somewhere. You’re going to need help. And Cinema Sound is happy to do so…but what follows is how you’re going to need to budget for it. Don’t commit false economy, get the education and help you need as a filmmaker and as a sound professional to insure your media is the best it can be. Your clients and your media deserve it.

What follows is a breakdown of disciplines we see in every independent project whether feature or smaller. I’ve included what the MZed Pro Membership will save the filmmaker in terms of price, because having ingested that education, the filmmaker can do X-amount on their own in order to save money. It’s shown [like this in $$$ of adjusted price].

Do take into account how old this article may be by the time you read it and add 3% per year to all prices. Also consider these are general prices and do not take into genre issues. I’ve done my best to give a multiplier at the end for such matters. These prices assume a $500/day rate except where noted, and a feature length drama as the media.

[$0 i.e. this should cost Cinema Sound Members nothing]

Just like in editing, audio and sound editing takes time. Ideally, you have an assistant for $250/day who does the organizing of tracks, clips, coloring, naming, adding the basic plugins etc. You can’t charge a client $500/day for doing what you should have hired an assistant to do, so if you’re doing it, you’re getting half rate. Also, if they cut in FCPX, you’ll need another full day just to weed through all of the vomiting-forth of audio clips it does willy-nilly. Filmmakers do note that cutting in FCPX will cost you $250 more right away.

Unless you’re going to do your dialog 100% ADR (see below), you’ll be spending time cleaning your on set speaking. There’ll be additional editing as choices are made around which mics to use, the creation of basic EQ grades for the various scenes and more. You may also find that some lines are not usable, and you’ll be in ADR anyway. Lastly, if you’ve followed my advice and done on set wild ADR, you’ll have a significant amount of editing, syncing and clean up to do.

This is in the event you need to touch up a few lines in your feature. Budget two days of actors coming in and out, editing, syncing and the like. You’ll need to pay for the engineer and the studio as listed above. You should be able to do this in 2 days. Of course, it’ll take you an additional day to set up all the streamers and sessions doing ADR, and if you’ve learned from the ADR section in the MZed Pro Membership Education, then you’ll know how to cut that down to a day doing looping. Same thing is true if you need to do an entire film’s dialog in ADR. 8 days for ADR. 3 days for Looping.

For a surround dramatic feature, you’ll want to budget two days for the layers required to get it all right. But Cinema Sound members can do this in their sleep and save on the budget. Remember to NEVER do your ambiences in FCPX or you’ll lose the benefit of saving money doing them yourself to the assistant editor who has to figure out the vomit-forth FCPX does on .xml export.

For a feature drama, there shouldn’t be too many sound effects. Moreover, those sounds can normally be found in libraries which are easily available. But if you’re doing a sci-fi or period piece where customization of sounds is required, you’re into this for days if not weeks. On Disney’s TRON, Frank Serafine says it took a year for the SFX. In this category, Cinema Sound members should be able to do all of this themselves, including the layering and track organization. Again, NEVER do work like this in FCPX.

Foley is the pinnacle of Hollywood Movie Magic. You get this right, and everything else feels immersed. You get this wrong, and you’ve got an amateur feeling film no matter what your budget or expertise is. This number generally doesn’t change much, because as long there’s human beings wearing clothes in the movie, you’ll have foley in every scene. You’ll spend 5 days of your budget with a pro doing foley for your dramatic film. Cinema Sound members will be able to do the footsteps, kisses, and other basic foley well – and I’d suggest still hiring a foley artist and her studio for a couple of days for the harder stuff.

Music is best covered in another article. The costs of music shouldn’t be more than 7% of the total budget as discussed in this article, but the breakdown of that budget is another whole spreadsheet which needs a lot of explaining.

Mixing and delivery is where most folks’ pictures fall flat. They commit false economy and ruin everything they’ve done – in order to save a little money. If you’re not an Cinema Sound member or haven’t watched the 25 hour MZed Pro Member Education dedicated to mixing, then you’re prone to make these mistakes. Nevertheless, you’ll want to hire a studio like Sol 7 Mix & Post with Michael Lehmann Boddicker to take care of your mix for you. It’ll take 12 days at $1,800/day. A steal for the best sounding dub stage in Los Angeles…and the best espresso machine as well.

But Cinema Sound Members will know how to do 90% of the mix in their home studio in surround, get stuff sounding great, get all the approvals from the director there, then head to Michael’s to do the final tweezing and print masters, M&E, and deliverables there so you know it’ll translate – saving thousands of dollars.

These are wildly generalized, but hopefully will give you a breakdown of how to budget the individual disciplines of audio based on genre of film. Don’t hold me to these, and as you know, always start your number higher (audio folks) and lower (producers) to have negotiation room. Take these multipliers and apply them to the above. A multiplier of “1” means there’s no change. A multiplier of “.5” means the cost is halved. A multiplier of “2” means the cost is doubled. If you’re an RPG player, think of these as damage modifiers – with the damage being the cost of services. You’ll also want to compound multipliers with time and genre. So, for example: A sci-fi short film of 5 minutes will have a time multiplier of .1 and a genre multiplier of 1.5 making your overall multiplier .15 – or roughly $4,700. You’ll know how your disciplines work out for your individual product as well: you cut on FCPX, your dialog is bad, you need to ADR the whole film, you’ve done all your SFX and Ambiences and don’t have to pay for them…etc. I’ll leave the particulars to you.

Hopefully this gives you a good idea of what kind of money it takes to make audio in post happen. Remember that your audio budget should be around 10% of your total budget, and this may require you to do some work on your own (or your editor) to insure that you’re not wasting money in sound.

Have a different experience around budgeting? Let us know or Tweet about it!