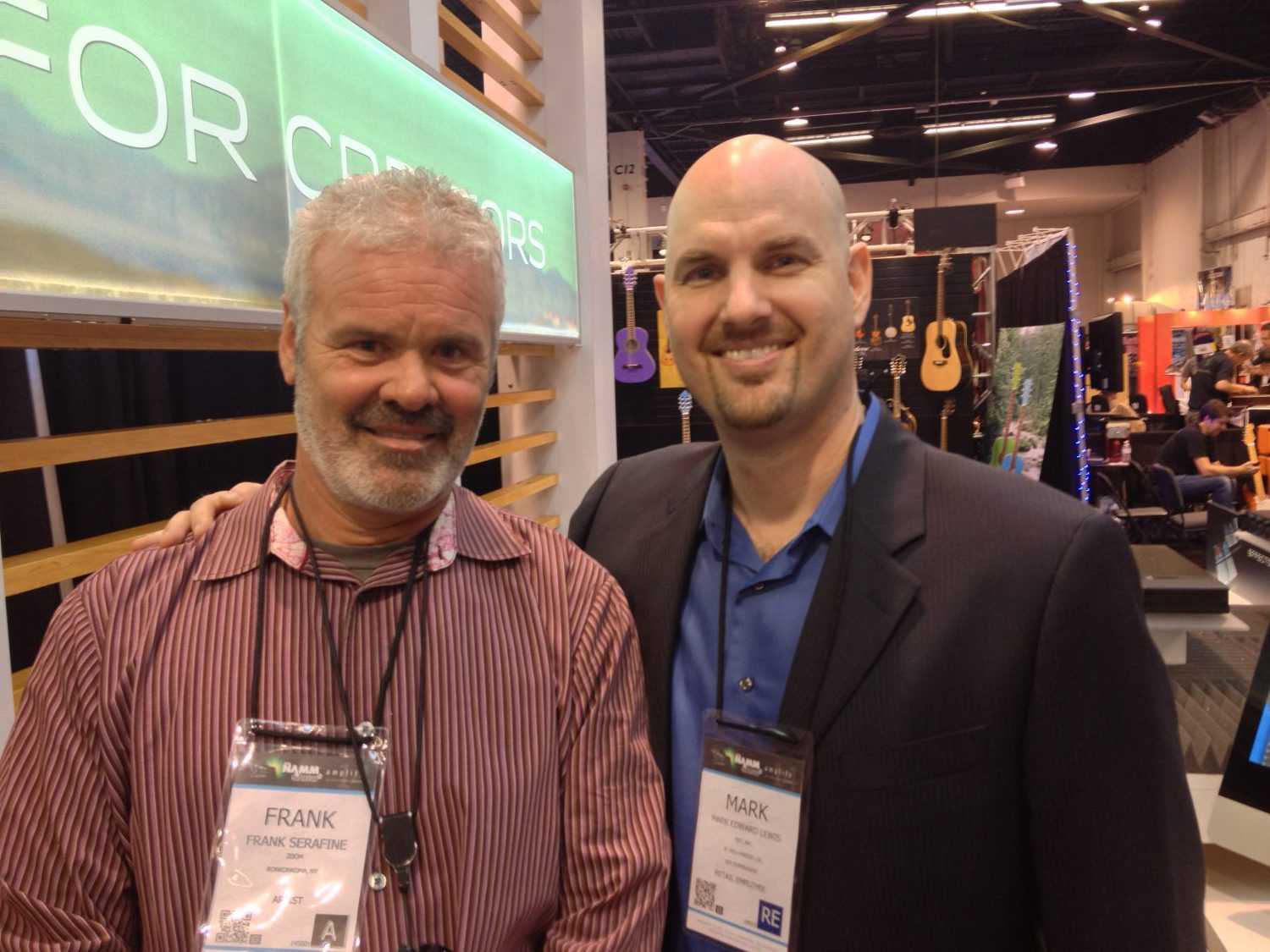 After last week’s tragic news of my dear friend and mentor, Frank Serafine’s,  death, it’s time for me to come clean about my 30+ year connection to Frank, and who he was for me.

It was in the early 80s when we all saw Tron for the first time. I was barely a tweener. I remember sitting in the theater having experienced the film and thought, “whoever did this sound design is a genius.” Of course, seconds later during the credits, “Frank Serafine” flashes large on the screen, and I knew I was right about whoever that guy was.

Set the way-back meter forward 30 years later. I’m at NAMM in Anaheim, CA. I’m at the Zoom booth looking at the new F8. Amazing. The sales guy says, “hey, Frank Serafine is over there.” I tromped over to where he was and giddily introduced myself. Being the super nice guy he was, he was happy to meet me, and we spend the next 2 hours talking about real estate – namely the herculean efforts he was going through to hold on to his land on the top of the northern Los Angeles mountains at the California Aqueduct. He was lobbying. He was scheming. He was going to win, and that’s all there was to it. He was a lone protestor on the sidewalk in front of the President of Bank of America GLOBAL’S home in order to get a positive resolution on a $30k blunder they were refusing to resolve in his favor. He, in his inimitable way, casually got all the evidence he needed from local electric company employees to get all the settlement dollars he needed when a fire started by the electric company burned hundreds of acres of his land and destroyed his bee farm.

Frank also raised chickens, dogs, cats and all manner of the animals of the natural world. He was a

philanthropist of nature, and no one seemed to be able to get the best of him in court, in Hollywood, or on his own land. In fact, the last time I spoke with him at NAB in 2018, he was suing the so-called “office of land management” who were still trying to throw him off his land (which he owned outright) for some small code violations. But he was going to fight it, and knowing Frank as I did, he was going to win – and probably get thousands from the county to boot.

In fact, while we were rehearsing for the Sound Advice Tour, Andres, Frank and I ran across a giant rattle snake (poisonous) who was very unhappy to have humans in his domain. Frank was far more afraid the rattler would kill his new chicks than he was of his own safety. He whipped out a rusty old shot gun and humanely – with one good shot – put the rattler into the next dimension. Of course, he did it while shooting out the sewage line of is RV. He didn’t even think. There was no fear. He just acted. And that was how Frank did everything. Sure. Not always making the best decisions, but I’ll take action to inaction every time.

Frank was: hilarious, clumsy, raunchy, a bit short-sighted, but always glad to see you. We’re talking about a man who was taken into the basement of Disneyland to record the chillers for the sound of the screws  of the USS Dallas in “Hunt for Red October.” The same man who, armed with only his smile, got Disney AND Marvel to part with their singular copies of the ENTIRE mixes of Iron Man 1, 2, 3, Avengers, Captain America, Hulks and more for us while we worked on S.T.A.T.I.O.N. People liked and trusted him. Even the studios. He was a man who suspended microphones from the Goodyear blimp and had them fly over Los Angeles to get the sound of Sark’s Command Carrier for Tron.

He worked on several projects I hired him on, and they were always memorable experiences. Our last project together was in 2015 on his Sound Advice tour where Andres Acosta and I supported him in his tour, and designed his 8-hour long presentation. We were up at his place several times, and stayed over several nights on his amazing piece of land high up in the sky. Frank didn’t live in lavishness. He didn’t see the need. He lived in pragmatism and he managed it like a pro. What mattered to him most was his animals, his view, and his freedom.

His wit and charm also got him away with proverbial murder as the stories bantered about town about his antics might just be more true than fantasy. But few were upset to see him at a function, because he understood what mattered outside his mountain home of solitude: people.

In fact, if I hadn’t met Frank that day at NAMM, I wouldn’t have been able to hire him on for the Avenger’s S.T.A.T.I.O.N., and I might not have gotten the job of being post production supervisor without his pull. I might not have been able to pull off Star Trek: Axanar without him. And of course, I would have never met Jeff Medford and MZed, who later pulled me in to take over for him on the Sound Advice Tour – which led to everything that is Cinema Sound – which is the majority of my life right now. It was Frank’s generosity and friendship which brought me in, and I’m grateful. He and his girlfriend Valentina were always inviting me over, and I’ve had myself stuffed more than once by their incredible hospitality and excellent cooking.

Frank never let anything get him down for long. He always found a way to pull himself back up, and move

forward in ways that brought me to the question: “Perhaps the most important thing about being an adult is to be happy.” Frank embodied happiness like no other.

Frank coined the phrase “I’m all about having tea with the terrorists!” when it came to bringing folks who hated each other to the table for a common goal – and perhaps no one could do it better than he did…and maybe he missed his calling as an ambassador. I mean, we’re talking about polar competitors being happy to sponsor his events – even when they saw their competitor being touted as the best in a discipline they were in market with. But he pulled it off, and no one was upset. It was his super power. We were all blessed to have his ambassadorship amongst us for decades, and his memory will live on in every video, education and article made here on Cinema Sound.

I will miss him as I know we all will, and all of us at Cinema Sound wish to convey to Valentina, his mother, and the Honey Hills staff that you all have our prayers and support. His memory will live on well here, and I’ll be telling his incredible stories of audio prowess for years.