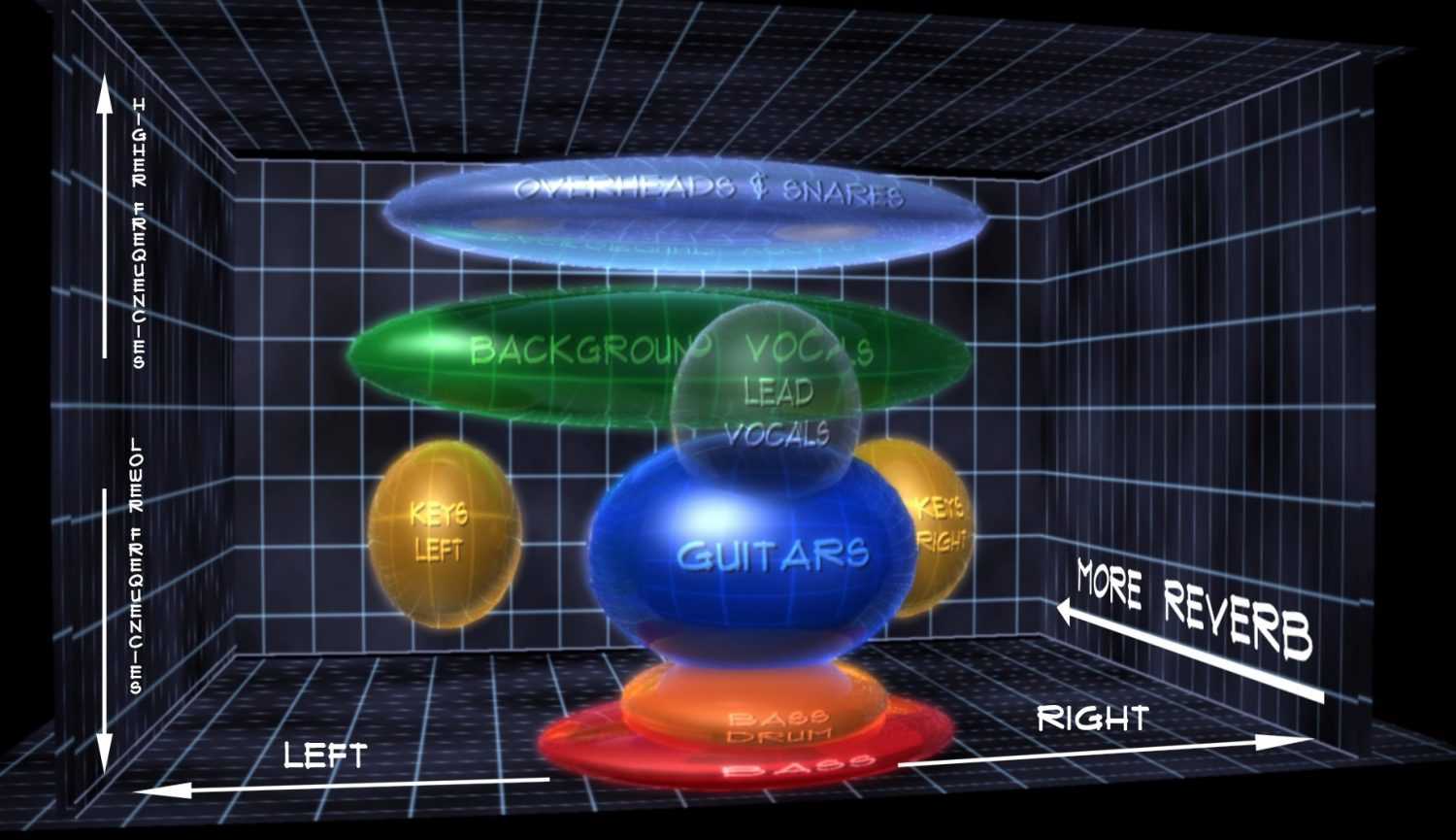 Most editors believe that to get a good mix the main tool to use is volume or faders. Nothing can be further from the truth. If you want to have killer mixes – even from the timeline of an Non Linear Editor, you need to understand the most important tool to craft and layer great sounding clips: your NLE EQ. In this article, I’ll go over the basics you’ll need to do just that.

What is an EQ?

Good question. EQ stands for “equalizer” which, in opposition to the movie and television series of the same name, actually “solves” problems instead of

killing them. Back in the “good old days” it was an electronic device which allowed a mixer to boost or cut frequencies up and down the hearing spectrum (20-20,000Hz). Just like the “graphic EQ” on your stereo system where you have a bunch of sliders to represent lower frequencies to high which you can boost or cut – or like the misnamed “Treble, Middle, Bass” knobs on your car stereo, they all function as equalizers: attempting to balance specific aspects of the sound.

So, for example, if you’ve watched the Effects Volume of the MZed Pro Members Education you know that if you get a microphone too close to a crash cymbal, you’ll get a ton of low frequencies. That might be nice for a sound effect but terrible for music. Of course, the real solution is to pull the microphone back, but if you couldn’t you would use an equalizer in the mix process to “EQ out” or cut the bass frequencies. Voila. Nice Sound. The same is true if you had a dialog track that sounded dull. You could use a band of EQ to “boost” the high frequencies and recover some of the lost “sheen” of the sound. Nice. Back in those G.O.Ds, EQs were giant noise makers and did all kinds of horrible things to the otherwise clean sound of your track. Nowadays – in the Good. New. Days – digital EQ plugins are wonderful. Even the cheap ones. The big difference between super expensive EQ plugins and the ones built in to your NLE is how easy it is to naturally contour a sound. It’s almost never that “cheap EQs distort the sound/add noise” like in the G.O.Ds. Cool.

“Mark, thanks for the history lesson, but why can’t I just use a fader or volume keyframing to make a mix? This all just sound unnecessary.”

I understand. But check it out. Imagine if you had a woman’s DX track, and her voice had that really annoying “twang” that some women’s voices have. Imagine also that you had in your music track a slide guitar recorded on a dynamic mic pointed into its amplifier. What you’d have is two very twangy sounds vying for the same acoustic space in the mix. The inexperienced mixer or editor would just grab the fader on the music track and lower it. But that’s a bad idea. Why? Because music is the emotional tapestry of your media, and if you just Nurse Ratchett it down, you’ve lost the power of that scene emotionally. Instead, you could use an EQ to cut some of the offending frequencies of the music themselves instead of all frequencies (pulling down a fader). Now, the music can stay loud while the DX remains strong. There’s no more “battle for the twang frequencies” and DX & MX live in harmony. No fader was moved.

If you take a look at the “aural cube” graphic, it represents a typical music band mix in stereo. This is taken from my book where I describe the great

importance of having every sound live in its own “space” in the aural cube. Obviously there’s left and right speaker, but sounds which have more high frequency response are higher in the cube, and those that are more reverby or “wet” go farther back in the mix. Notice how background vocals live in the same vertical space as the lead vocals, but because they’re panned widely left and right and are back in the reverb of a mix, they don’t compete.

Take a look at the guitar and lead vocal. This is always a battle. Just like it is between DX, mid-range music instruments and SFX. What I described above I like to call “notch EQ:” Notching out the frequencies that are offending from a secondary source (Guitar) so the primary source (Vocal) can be strong and the secondary source doesn’t have to be reduced in total (no fader pull).

Just imagine if you could get your DX, SFX, MX and ambiences in a generally good position with faders, and then use EQ to have them really layer together well by contouring them to have individual places in the cube. You could have music much louder without affecting the dialog. You could have much more powerful sound effects without jumping on dialog or music. This is only possible with EQ. In later posts, I’ll be doing articles on what frequencies to look for in order to solve problems. But EQ can be used to enhance sound as well. In fact, we’ll have presets for several NLEs available soon to this effect. So if you want to dial in a “James Earl Jones” type sound you can do so with a preset. Tom Cruise? Phone? Far Away? It’ll all be there. Dope.

How To Use an EQ

There are so many kinds of EQs, it’s sometimes hard to tell folks how to use them. But every EQ has the following basic functions regardless of skin or GUI. They may have different names, but it’ll be pretty clear which knobs and sliders to pull. You’ll always want to select the “Parametric EQ” plugin. Final Cut calls it the “Channel EQ” but it’s the same thing. Any other kind of EQ is either missing too many features for filmmakers or has a bunch of features which aren’t useful for us here.

Every Parametric EQ which comes with an NLE has at minimum these 6 kinds of controls:

Here’s some common uses for these settings:

Hopefully you can start seeing how these EQ bands start working to the benefit of a clip’s sound far more than just ramping a fader up or down. Moreover, these parameters can usually be keyframed if necessary. Dope.

Since the mix always starts with dealing with the dialog, let’s do a preemptive EQ on the dialog clips to make sure we can maximize the sound of it to best be heard and to best be layered with the rest of the mix. To do this, we do what I call a “Dialog Basic Grade.” Much like what a colorist will do before doing a creative color pass, they’ll drop blacks, raise whites and manage color tone and mids. From there she’ll always have a good base to fool around with whatever she wants. We do the same thing with DX. We want to get rid of weird frequencies in the DX which would otherwise force us to pull the fader down on the DX (usually a bad idea). Instead, we can tame the harsh frequencies of the DX so it’s much more balanced and therefore will blend better with everything else in the mix. We spend several hours of the MZed Pro Education dealing with this and demonstrating it. We also have a clip from that education posted in a previous article here. But it’ll suffice to say that doing this process, although super slow to perform at the beginning, will generate great dividends for your timeline mix as you add more and more sounds and layers. You can also do this process for SFX and MX and get the same awesome results.

On EQ in the NLE Timeline

Is this more work? Yep. Is it easier to just pull the clip volume down? Oh yeah. But the results are lousy too. If you’re industrious, once you get more facility with adding EQ plugins to your clips, you’ll be able to create your own presets which you can quickly drop in instead of just dropping a default settings plugin. Creating your own library of presets is just as valuable in the audio editing world as it is in VFX and editing. Once you get a sound you like on a clip, it’s always easy to paste attributes of that clip to the rest of the audio in that scene (if it’s DX). You’ll even be able to store presets for each actor on a particular mic as a starting point. Don’t forget, you can have a single basic grade EQ as one preset, and add more EQs on top of that if you need something special.

Do I recommend doing this kind of mixing in an NLE? Well, not really. It’s way easier to do this on a track based system in a DAW. But if you don’t have the time or inclination to port all your audio into a DAW and back, this is the next best thing. There are a few NLEs which do have track based plugin capabilities Davinci Resolve being one of them. Hopefully more will follow suit. Until then, don’t let the tyranny of fader pulls ruin your chances at getting a great sounding timeline mix when getting it to 85-90% great can be done with a few simple tools – which are sitting in your NLE waiting for you to use.

Had an experience with EQ in your NLE? Tell us about it, or Tweet about it!

Mixing Reverb into Dialog with Waves Audio in Blade of Honor

The 7 Ways to Export Audio From Your NLE