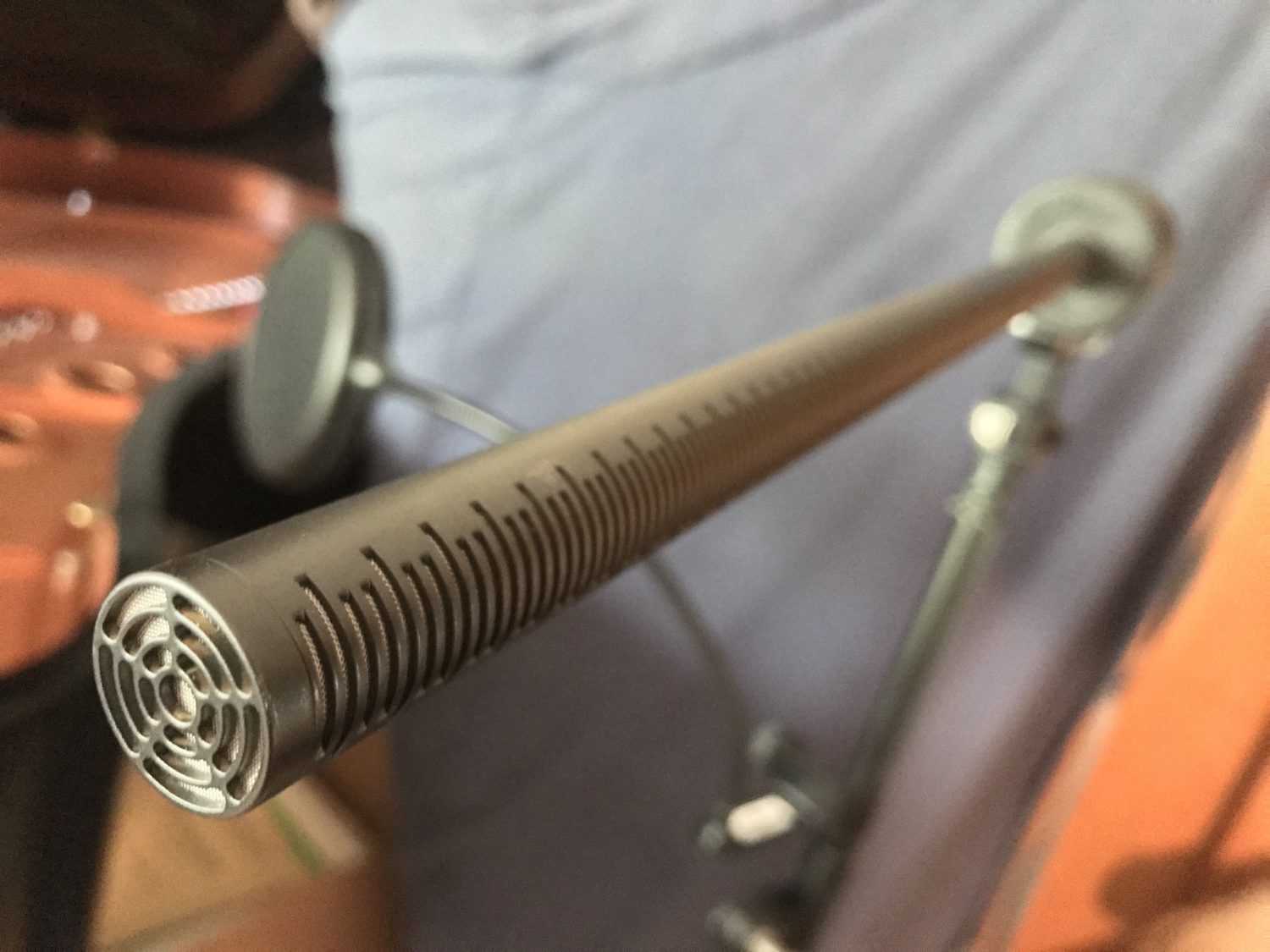 I’ve been telling everyone that using a lavalier is my preference over using a shotgun mic – generally. But in this article, I’ll expose several reasons why using a Shotgun mic is the right move to get the best recordings possible.

The nature of the so-called, mis-named “shotgun mic” is a version of a “cardioid” polar pattern that is

stretched massively to accommodate sound sources which are far away while at the same time rejecting sounds which are off-axis from the diaphragm. Why mis-named? Well, a shotgun, as I’m sure you know, is a device which spread destruction over a wide – not narrow – area. And of course a shotgun mic is the opposite – a surgical device meant to pick off a single audio source at range.

They really should just be called “assault mics” or “sniper mics.”

Anyway, they come in many different varieties, but their major visual characteristics are that they are quite long and narrow and possess a multitude of “slits” down the length of the microphone and sometimes on two sides of the cylindrical body.

What the insides of a shotgun mic are doing are quite a bit different from a usual microphone, however. While on one hand, there is still a diaphragm, back plate and the usual electronics involved with a condenser mic (since nearly all shotguns ARE condensers), from here the similarities end. Those slits previously mentioned are actually allowing the off-axis sound into the body of the mic and in so doing cancels such sound against the phase coherent on-axis sound. Don’t ask me to explain how this all works (and it’s much more complex than this), but it suffices to say that the longer the shotgun mic and the more of those slits there are, the lower the off-axis frequency the microphone can reject. A short shotgun mic will only be able to reject the highest of frequencies while a giant shotgun like the Røde NTG-8 will be able to reject sounds down into the 200 Hz Zone.

Like all condensers, shotguns are notoriously susceptible to wind issues – not only from the front – but from off axis as well. Using a blimp or dead cat/wombat is almost always required – even indoors.

There are several kinds of polar patterns for shotguns:

Here are some good reasons to use a shotgun mic:

One. Shotgun microphones tend to sound more “natural” when compared with lavaliers. Because of a combination of air, distance and electronics, sound recorded with a shotgun feels more like what you’d expect to hear as a spectator.

Two. Shotgun microphones don’t need to be hidden on the actor. They’re usually on some kind of microphone stand or boom pole and operated separately by a boom operator – and kept out of the shot. Because of their extended range and narrow polar pattern, the can sound wonderful many feet away…and far out of the shot.

Three. Shotgun microphones require no batteries to operate and always work with the phantom power your

recorder normally provides anyway. No loss of a take from batteries going dead – or having to fish around to find more batteries. Some shotgun mics also use batteries so when you’re running around without phantom power, you can do so easily.

Four. Shotgun microphones don’t suffer from RF hits – because they’re cabled. Although cables are our enemy, a good cable is always going to sound better than a good wireless transmitter. Moreover, if you must have your shotgun go wireless, you can with such transmitters as the Røde TX from the NewsShooter Kit. It also does its work on the 2.4 gHz band so there’s no issue with the new FCC regulations.

There’s nothing wrong with using a lavalier. In fact, I’d always suggest using both lavalier and shotgun microphones to record a subject. But in a pinch, especially if what you’re looking for is a very natural sound, the shotgun is always going to be your best bet. And while they’re usually more money, they’re always worth it.

Should we use Lavaliers or On Camera Mics?