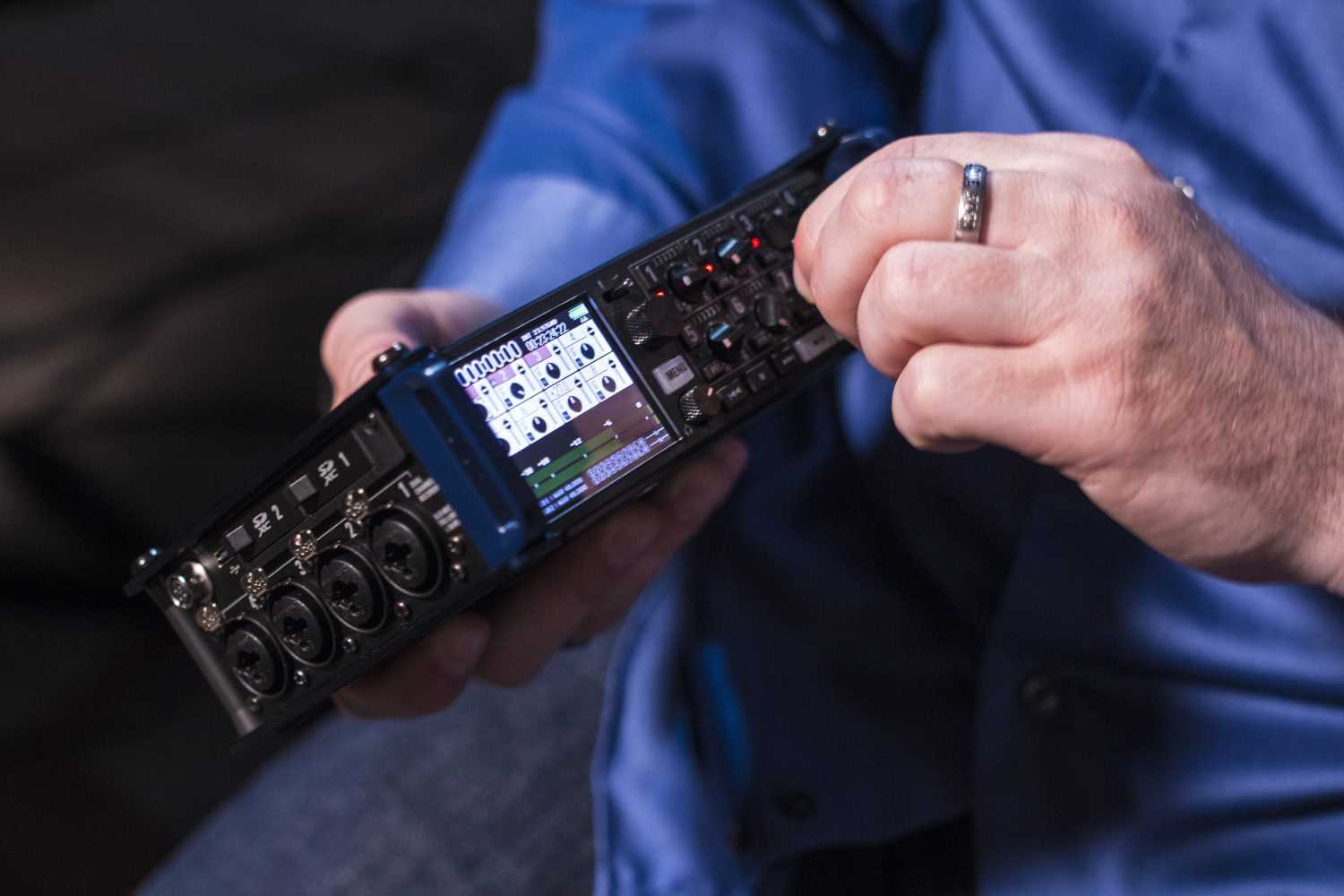 When I was presenting for MZed’s Sound Advice Tour, of the 33 cities we visited, perhaps 10 of them had participants who asked this question:

“On my recorder I get this weird pumping and crushing sound. It’s not distortion, but it sounds – I don’t know – crushed. I’ve tried different microphones and cables and channels. Same thing. What’s going on?”

The Problem
I asked them the kind of recorder they had and it was universally of the Tascam/Zoom variety. After a few moments of questioning these participants, I usually came to the same conclusion: they hand’t examined the settings of the units. Specifically, channel compression and limiting. The good news, I told them, is that iZotope RX can mitigate a good deal of that “pumping/crushing” sound with DeClip. And as a Pro Member you get a strong discount on RX. The even better news is that the entire situation can be mitigated before it begins.

The Evils of Compression
Enter channel compression: a clever way to insure that the uninitiated do not record content which is too

dynamic. In other words, if someone is speaking in a whisper and then yells, the channel compressor will magically reduce the volume of the signal so that the dynamic range of the content doesn’t dip into the noise floor of the unit and doesn’t go over 0 dB. Compression does not insure this, but it helps. However, as stated in Newton’s Third Law, “Every Action has an Equal and Opposite Reaction.” Compression – especially strong amounts of compression – dramatically alter the sound and emphasize consonants and increase ambient noise and, depending on the attack and release settings, can even alter the character of the voice. In this case, compression is not at all as helpful as having rehearsed the scene with the actors and knowing when to turn the mic trim down or up. Compression should be reserved for the post process and has no business being used in your recording process. Why? Because it’s nearly impossible to smoothly return a compressed signal to its original highly dynamic state. Ironically, it’s easier to fix distorted audio than compressed audio.

Here are a few examples of compressed audio using the Zoom H6. The first example is unmolested. The next examples are slight, medium, and brutal compression. Notice the difference in sound and whether your recorder may be doing the same thing.

https://soundcloud.com/user-931052373/id-0001-compression?in=user-931052373/sets/cinema-sound-examples
The Curse of Limiting
Now enter channel limiting: a clever way to insure that the uninitiated do not go over zero in their recordings. Although limiting changes the dynamic range of the sound, it does less so, because it only is engaged once the sound reaches zero dB. Still, the avid (no pun intended) recordist should only use limiting as a last resort protection. Too many times, limiting is used without the understanding of how a “brick wall limiter” works, and audio is crunched beyond repair. Even more enraging for the filmmaker is this: had the recordist just allowed the sound to distort and gone over zero dB, iZotope RX could have easily fixed it, but in a “limited” state, it’s much more difficult (although not impossible) to return the original performance.

I never, repeat, NEVER recommend limiting on the recording side. Only use limiting in post production processes. Instead, turn your mic trim down.

Here are a few examples in the same manner as the above channel compression examples: no limiting, and Limting.

Death By Helpful Settings
Lastly, is the setting that most of the Sound Advice attendees had: not one, but BOTH compression and limiting working together to munch and crunch their recordings so that hours of work had to be spent to return any facsimile of dynamic range and humanity to the recording. Below is an example of this kind of sludge.

It doesn’t matter the recorder. It is imperative that you remove all compression and limiting from your channels before you record again. Double check your settings. Do it now.

Don’t allow what is automated and easy (and damaging) to ruin performances which could have been recorded will with skills which are acquired and honed (and useful) from Cinema Sound. Again, we speak about “keeping your hands on the knobs at all times” in the Record Volume of the Pro Members’ education and how to insure your sound folk get the best recording of your actors’ performances. ADR is novel, but expensive and many times unnecessary had the recordist done their job well.

Got questions about compression and limiting? Let us know in the comments below, on the forum, or ask @cinemasound_ on Twitter.

Get Killer Voice Over Recording with Saramonic NV-5 and Porta Studio!