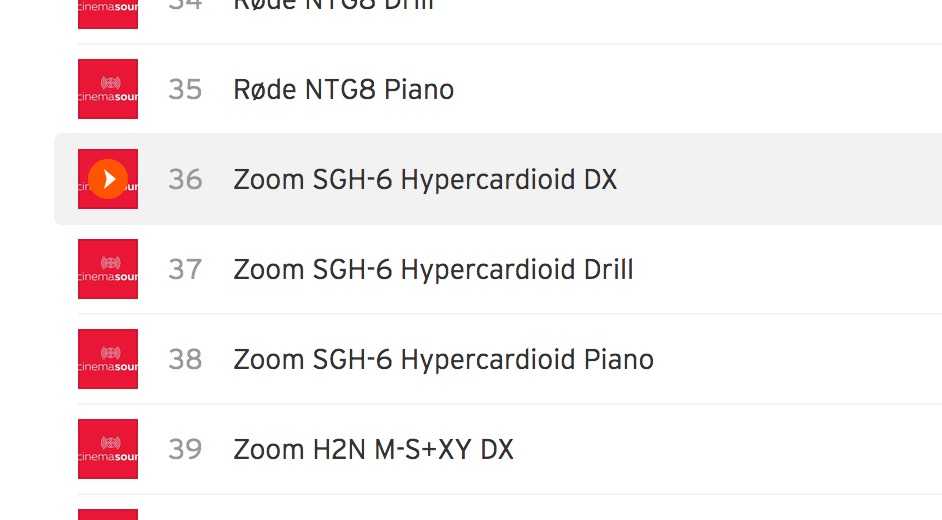 In an attempt to collate a gigantic and useful library of microphone tests, I’ve begun recording every microphone I can get my hands on and posting the results. Why? So we can all have a “real world” example of what mics out there will do for us via what they actually sound like. Here’s what I’m doing with the Microphone Comparison Archive:

When I go to buy a microphone, honestly, I do so on a friend’s recommendation. I have very few mics I’ve purchased because I’ve done the research and testing to know it’s what I need. I know. Lazy. And so far, I’ve never been let down. I used to have Dave Royer of Royer labs living down the street from me in suburbia Orange County, CA. I stepped into his garage and he showed me his fixed omni (“Omin-eye” as he calls them) capsules built from U47s but with modern tube electronics and I ordered his 707 on the spot. Later to ordered two selectable polar pattern 747s. Best large diaphragm mics I own – and which are no longer available.

I was at a session for J.A.C. Redford where venerable engineer John Richards showed me how is $350 zero quality control Russian Oktavas sounded better than the $15,000 mics the studio was using. I bought 4 of those. Someone handed me a Røde NTK and said, “you’re going to use this for the Sound Advice Tour as your main large diaphragm mic.” Yeah, well, I’d never even heard of Røde at that time. Now I own just about everything they have (happily so). I’ve had a great run finding my audio input transducers this way…but it shouldn’t have to be this way. There should be a resource which is neutral that has tons of microphones available with a few tests of sound so folks can hear for themselves the difference between a mic they may already know and what they may be looking to purchase.

To learn more about how to use microphones to enhance your productions (and where to point them) become a member of MZed Pro today.

This is the reason Cinema Sound is creating this archive. Not just for filmmakers but for the entire audio community. We’re calling it the “MCA:” Microphone Comparison Archive.

The recording I’ve made of the microphones was done in the following way:

There are three parts of the content. Sure. I could have recorded more to demonstrate the microphones’ abilities, but really, for us in production and post, microphones don’t need to do more than record VO/ADR/DX, record music when needed on the fly, ambiences and record sound effects. I’ve opted to read a letter I received from my Mazda dealer about a recall on my 2013 Mazda 3 for a mechanical issue. The prose has just about every form of VO issue I could concoct as written by whoever thought it best from Mazda legal: plosive, fricative, sibilance, meter and dynamic issues all rolled into one nice sequence.

As for music, I opted to record my Yamaha C7 with me playing the “B” section of the Chopin Ab Polonaise (please forgive the mistakes). If a mic can reproduce a piano, it can do well at just about anything else musically (except perhaps drum set and trombones because of their incredible sound levels).

As for sound effects, I chose to record the sound of my wireless drill. It’s wildly complex, high volume, and is quite dynamic. If a mic can reproduce the sound of a drill, it’s going to do well with anything else except gun fire.

Lastly, ambiences were recorded solely with multi-channel mics, since we’d likely not use a mono microphone to do the same.

What to Listen For

Although this is coming from Sound Cloud which, like most digital distributors does it’s own compression, the fidelity of these recordings is telling. You’ll want to listen for several factors:

Hopefully this archive will be a massive resource for you all as Cinema Sound grows and the archive grows. I’m personally looking to put every film production oriented microphone on the list from Røde, Zoom, Sennheizer, Neumann, Schoeps, AKG and Oktava. There’ll be some surprises there as well. Let us know here on the blog if there’s a mic you’re looking to purchase and we’ll do our best to get one and put it on the MCR.

Also, if you’ve had a bad (or good) experience with any mic on the MCR, let us know. Given enough responses, we may create a gold and black list for mics (and perhaps gear in general).

Here are some of the microphones on the MCA right now: