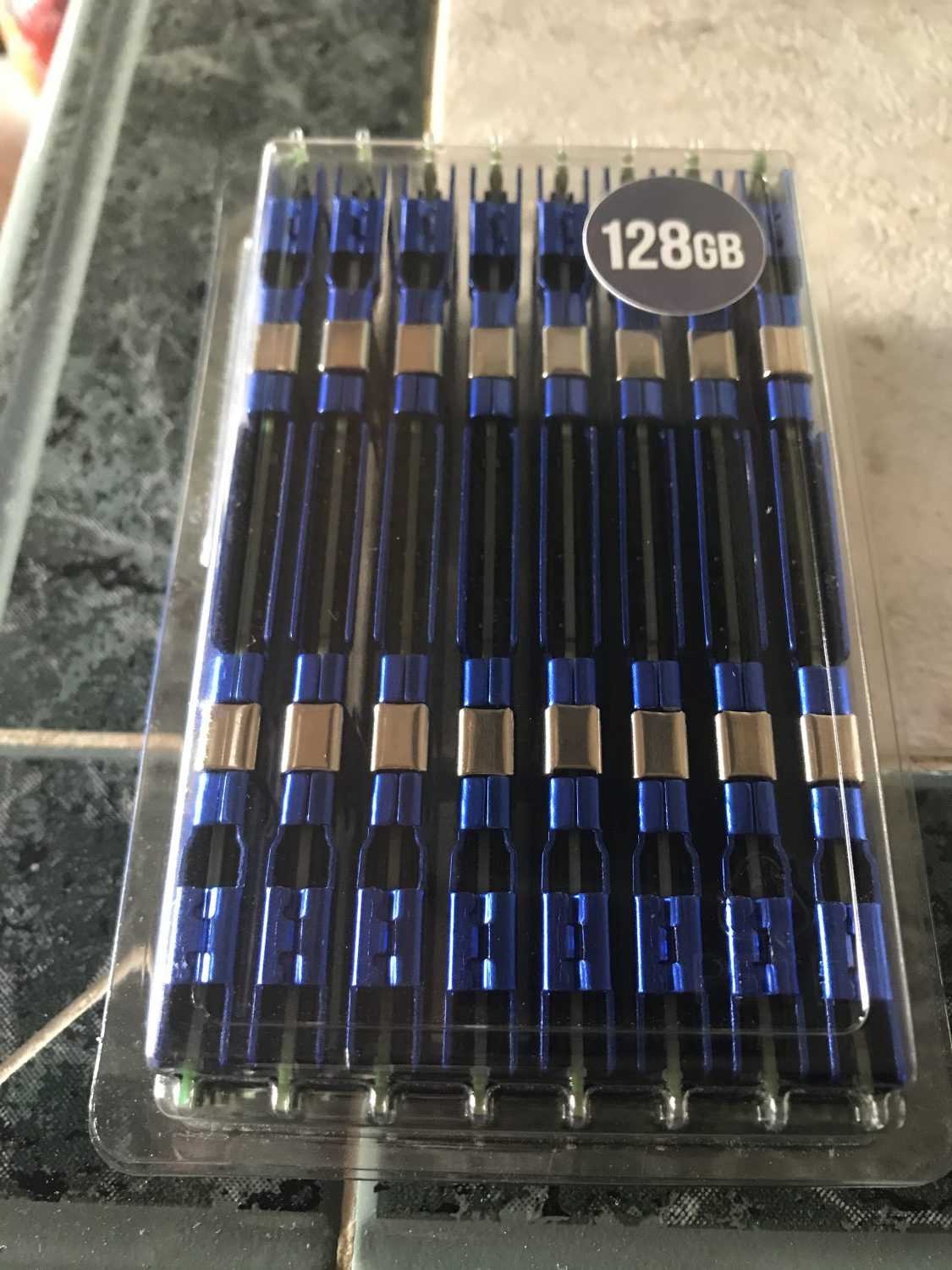 I don’t rant too much, but what’s transpired with one of our Apple computers deserves it – and the Kudos that OWC deserves for solving a problem that most of us have with our aging Mac Pro Towers.  Let me explain.

Apple can’t be trusted for telling you the truth about what professional-grade computers are faster than others. In fact, they’ve

cleverly just labelled all of their Mac Pros by year and gigahertz clock speed instead of by some other form of telling purchasers that the computer they’re buying this year brand-new is actually slower than last year’s model by up to 25% – for twice the price of what you could buy last year’s computer for. A great example is the “Mac Pro 8-core” running at 3.2 GHz. Which sounds a whole lot faster than the “Mac Pro 6-core” running at 2.66 GHz. But you’d be horrifically wrong if you searched ebay and found that your 3.2 GHz machine is actually about 1/2 as fast as the 2.66 machine….and they look…and are labelled…identically. The only difference being the year.

And the year is NO way to discern whether a computer from Apple is faster. The great case-in-point is the venerable 2012 Mac

Pro 12-core 2.93 GHz machine. If you look on Geekbench, you’ll notice that even now – as of the end of 2017 – it’s still one of the fastest computers Apple has ever made and easily outpaces most of its trashcan counterparts and all of its silver-cased compatriots.

The 2010-2012 Mac Pro years saw the best that Apple has ever offered in terms of value for it’s professionals and innovation in processing power. So much so, that, as you can see, those high processor speed macs are still in the top 5 of the fastest computers Apple has ever made. At Cinema Sound, we’ve always watched Geek Bench benchmarks to give us the “true” speeds of what Apple offers, and we’ve not upgraded from our 2010 machines. And while they do have a bunch of outdated components like Firewire, SATA 2 and USB 2, with a PCIe expansion chassis and some creativity, you can turn that 2010 MP into a usb 3.1, quadruple SSD RAID 0 starship. We love them. Moreover, with a local vendor we know you can upgrade the chips for less than $600 to achieve speeds of-and-beyond the top performer in the Geek Bench list. So far, no problem. Being stuck in 2010 isn’t so bad – except for Thunderbolt – but we’re trying to work around that as well. We know. It can’t be done. Well, that’s what Apple told us all about how much RAM you can put in the 2010-2012 machines.

need that much RAM for a giant 3 HDX, 2-hour feature. But if you’re a composer who does orchestral mockups “in the box,” 32 Gigs means you’re shucking and jiving to make your scores happen. Because of this limitation, many composers put their 2.93s on the market and “upgraded” to the trash can macs which boasted 64 Gigs of RAM. Then again, Apple lost many composers who needed 128 Gigs of RAM, because they gave up on Macintosh altogether and when to PCs which could be custom built to their spec – for many thousands more than the trash can Macs.

This week, I was finishing the score to “Blade of Honor” and the score required every bit of the 32 Gigs of RAM my 2010 had. It fact it started crashing and the Activity Monitor Memory window showed yellow and red. Bad. And while it’s true I could use Vienna Ensemble to link my laptop via Ethernet to pick up the memory slack (with its 16 Gigs of RAM), it would cost me a day to do the rerouting and I had deadlines. Instead, I searched the web for some solution which would allow my aged 2010 Mac to live outside of its limitations of RAM.

Ironically, our Cinema Sound sponsor Other World Computing was at the top of the search with a 128 gigabyte memory upgrade specifically for my 2010. It was hard to grock. There had to be a mistake. How could Apple have said something that was so wrong? And how could my old Mac handle that kind of 4X memory upgrade? The good folks at OWC assured me it worked.

I mean, this is what has caused more than a few of my struggling composer buddies to spend thousands of dollars they didn’t have to be able to compete in the brutal film scoring marketplace. I purchased the upgrade, and upon the simple installation of RAM – nothing special there – the computer booted like it always had…with the exception of Activity Monitor showing a crisp 128 GB memory capacity. I booted my DAW with it’s large memory footprint full of samples, and it worked flawlessly – even peppier since the computer didn’t have to “chunk RAM” to virtual memory and page all the time.

I was, obviously, shocked, elated, and pissed off.

I ranted about this on my personal Facebook Page, and had several folks parallel my feelings. But one of my friends reminded me that Apple would have only posted it’s maximum specs for the computer back in 2010 based on the available RAM products. Back in those days, a 4 GB RAM Card was about all you had. And with 8 slots available, 32 GB was the best you can do. And, to be fair to Apple, they shouldn’t really have the responsibility of updating everyone on their old computers’ new capabilities as RAM technology booms. He made a good point.

But here’s the problem:

The Billion Dollar White Lie. If you have an old Mac Pro I ASSURE YOU you can upgrade your RAM to WAYYYYYY beyond what

they’ll tell you it can. And while you don’t have to go to OWC to get your RAM, their RAM products are high quality products with a great warranty and excellent customer service. Not to mention a website which will tailor select the right product for your mac.

Learn How to Mix from 256 Channel Blade of Honor