Authored and presented by Mark Edward Lewis and produced by education provider MZed, Cinema Sound is committed to supporting independent media creatives by teaching skills that enhance their production so much that they can compete with Hollywood Big-Budged projects in order that the masses choose independent media as much or more than Hollywood productions. We believe the most efficient way to do this is by improving sound-to-picture and production. 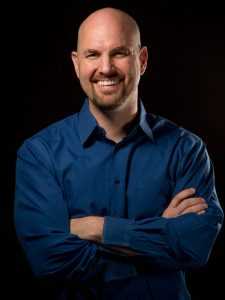 What makes Mark an invaluable resource is his mastery of all aspects of audio production. One of the new breed of directors who approaches storytelling from an “audio first” context, Mark’s projects have a flow, pacing and emotional impact that few directors possess. Always strongly adhering to the axiom, “Post production begins in Pre-Production,” Mark has righted many adrift productions with his organization, creativity, ingenuity, and cross-discipline experience.

Mark has worked professionally in nearly every area of both production and post production including event development most recently as a post production supervisor on the Avenger’s S.T.A.T.I.O.N. with Frank Serafine. In 2016, he was the main presenter for the “Sound Advice” tour in North America and Australia where he taught over 1,200 filmmakers about improving their production value with better soundMark is also a published writer on the subject of live audio mixing with his book “Audio Mixer’s Secret Handbook: Live Audio Alchemy,” his next books in the series, “Cinema Audio Alchemy” and “Film Music Audio Alchemy” are due by the end of 2017.

Mark currently martials his deep knowledge of post production and works in Los Angeles as both a filmmaker and producer of episodic series. He is currently directing and producing the sci-fi series “Blade of Honor” and the supernatural Western “Silver City.”