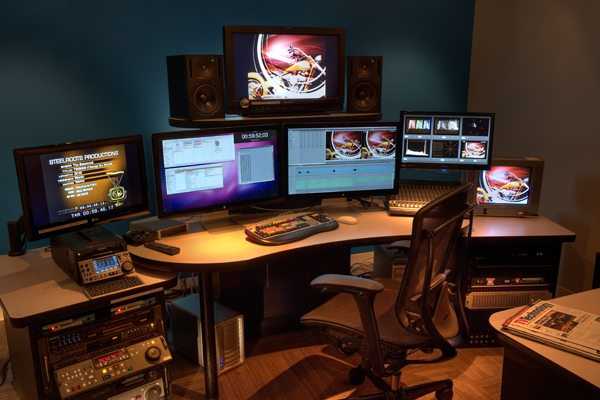 Many filmmakers make the same common mistakes and ruin their chances of a good outcome.

When building assets for the re-recording mix session, there are many unpleasant disciplines which an audio professional (or independent filmmaker) must endure. One of my least favorite is exporting audio from an NLE. Let’s take a look at what is available to export audio in order to hopefully turn this arduous task into something more palatable.

We’ll break this article down into the 7 ways which audio generally is exported from an NLE. In doing so, we’ll look at pros and cons of each and discover which ones we want to use for best results – and the least time lost. We go into this at length in the MZed Pro Member Education, but let’s jump in for sec here.

Making audio stems is the most primitive way to export audio, and it has been around for decades. It was how we did things when there was mag, film, and 2″ tape, and it certainly works fine. The issues are that by exporting full-length audio files, should there need to be any editing or truncating of those files in the Digital Audio Workstation, there many times are artifacts. And when the inevitable re-conforming to new edits is required, if an audio file is too short to fill in the new edit, giant dead space is heard – and a new export from the NLE is required.

There are even times when I see exports which are “mixes” of the entire output of the NLE – where all tracks are summed into stereo (or even mono!). Even in a surround export, there is very little we can do in the mix with such files. The essence of mixing is the ability to have maximum control over clips and tracks, and to have everything “pre-mushed” makes mixing impossible.

To make stems from Adobe Premiere, it’s necessary to “solo” the track(s) you wish to “stem out” and export that

track to Media Encoder via the “queue” command. From here, ME can be working while you set up the next file to export etc. If you do not solo the track, all files will be exported into the mono/stereo/surround output you’re making, and there will be no separation in the mix.

I’ve done audio stems in a pinch for singular audio clips which needed just a simple output, but never for an entire reel, film or even track. Basically, that’s audio suicide.

The Open Media Framework is nearly as old as the neo-jurassic Audio Stemming process, but cooler. An OMF is able to export your actual clips and their place in time along with the entire unused portion of the audio file in case you need to add more pieces from the clip in editing. The extra length in those audio clips are called “handles,” and the longer the handle the more flexibility you’ll have when you need to re-edit because the editor has recut his 15th “Picture Lock” edit. This format is wonderful if you’ve done no automation, no keyframing, and no crossfades. Why? Because none of that data comes over.

“Mark! I know crossfades come over in an OMF file!”

Yes. You’re right. But if you’ve done any shaping of those crossfades other than linear in and out, you’ll lose that work. We speak about the mandatory nature of “equal power curves” in crossfades in the Pro Member Education at length.

Additionally, OMFs typically embed the audio files themselves into the OMF file itself. This makes referencing those files from the importing DAW super easy. The trouble is, the OMF format is so neo-paleolithic, that the file cannot exceed 2 GB in size. Any OMFs greater than this will need to have the audio files stored in a folder outside of the OMF file whereas in such a case the OMF file basically acts as an .xml referencing the files in the folder. Most DAWs allow you to distinguish which kind of OMF file you’d like to create.

.XML files are far more advanced than any of the formats mentioned earlier. Crossfade shapes, automation, panning, even limited EQ/Pan/Compression plugins are stored and recallable. XML files always reference the entire audio file where it exists for the NLE unlike OMFs which make a copy of the files and take further disk space. XML files are generally readable by every DAW and 80% of the data you’d expect to come over will. 20% of the data will be lost depending on the complexity of the automation/keyframe data and especially if that automation data is routed to any kind of plugin on a clip or track.

Tweet: XML files take virtually no time to make and are the audio equivalent of an EDL file.

The next output higher in the rankings of usefulness is the venerable .xml created by the late Final Cut Pro 7. This XML format includes all the things which standard XML files have and also include markers, track order, and bunches of data which FCP 7 could use to open your NLE timeline as perfectly as possible. With NLEs like Adobe Premiere which still use this format as a viable export – and Adobe Audition which is still happy to import a file like this, the transfer is nearly seamless. But, with Adobe products it’s silly to use any of these file export formats because you have dynamic linking explained below.

Generally, this format is not used, and most of the time the FCP 7 XML needs a translator app to get it to be read by a modern DAW.

This proprietary Apple XML has reeked all kinds of havoc in both the video and audio community, because it has gone through so many changes in recent years. Far from a “standard,” NLE and DAW manufacturers have strong difficulty importing these files with regular accuracy. However, FCPXML has become a standard way of getting timeline data back and forth from such finishing programs as Davinci Resolve and Premiere. It’s important to note, no DAW I know other than Apple’s Logic Pro X can read an FCPXML file – or do so accurately. FCPXMLs need to be translated, usually, into an AAF to be useful audio transfer protocols. Once in an AAF format, nearly every DAW – including the ever finicky Pro Tools – can import the appropriate data. FCPXML generally retains the same data as its older FCP 7 counterpart format except that it adds massive meta data support. Also, if the FCPXML actually came from FCPX, you’ll find the audio files vomitted all over the place in terms of vertical track count, and you’ll burn a day of your life reorganizing everything – even with meta tags. One of the programs which can be used (on a Mac) to translate FCPXML files is X2Pro Audio Convert which takes FCPXML files and converts them to AAF with 90% accuracy.

This file format is a creation from our friends at Avid and was originally used as the go-between format from Avid Media Composer platforms to Pro Tools. It has now risen to become the standard trustworthy codec to use for getting audio out of NLEs, and it finds wide use on Davinci Resolve and Premiere. Unfortunately, as of the writing of this article, Premiere has a huge bug which sometimes has files which are disabled appear and enable files to not appear in the AAF file. With Premiere you must use OMF or FCP 7 XML until this is resolved. AAF files have everything found in an XML with the addition of clip names, clip volume and even some third party plugin options. If doing an AAF which will NOT be used in Media Encoder – Tweet: Never, Ever, EVER enable “Media Encoder compatibility” if offered that option. You’ll be sorry if you do.

The F-35 fighter-jet of them all is Adobe’s Dynamic Linking – which just went through a major overhaul before NAB 2017. Programs like After Effects, Media Encoder, Audition and Premiere can all be “Dynamically Linked” so that altering one aspect of one of these affects the others. It also makes for lightning fast exports to Adobe’s DAW: Audition. Now, instead of creating independent files for Audition to work from, all Dynamically Linked sessions pull from data found directly in the Premiere Project. That means no extra encoding of video or audio or strange Audition folders found in your hierarchy. It just is locked to Premiere. An edit in Premiere means the picture changes in Audition. Same if an AE update is had: the PP timeline changes and the AA picture changes. Amazing. Exporting the final audio mix is dope-stupid-simple, because you can export the audio mix and the dynamically linked premiere video to Media Encoder, and have the output in any format you choose. It’s truly amazing. Soon, I’m told, the bane of all mixing: conforming to constantly changing NLE timelines, will be handled by Premiere notifying Audition that an edit to the timeline has been made – and ask how the re-recording mixer would like to resolve it. OMG.

DR 14 turned the audio mixing and editing world on its head with the release of the recently acquired Fairlight Systems audio engine, plugins and mixing capabilities into its NLE. This means, theoretically, that you can easily mix 1,000 channels of simultaneous audio along with your ability to do final online color and editing. Granted, you need a Fairlight hardware accelerator box and the Studio Version of DR to do that, but since it’s less money than Pro Tools – for the same value…yeah. Game Changer.

Naturally, we haven’t actually seen this work, because the accelerator box isn’t available and DR 14 is still in beta, but be looking for an all-in-one Online-Picture/Final-Mix solution which doesn’t require conforming, audio transfer or anything – and it’s entry-level price tag is free.

Sure. I’m dubious that they’ll be able to pull it off at the level that dedicated DAWs can, but with over 200 programmers working on one program, Tweet: BlackMagic is giving the entire post production industry a run for its money.

Hopefully this exposé on export formats helps you regardless of the NLE/DAW combination you’re using. Let us know if you have more questions, or Tweet about it!

10 Words To Live and Die By (While Internet Mixing): Part 1

6 Things You Must DEMAND From Your Post Audio Company