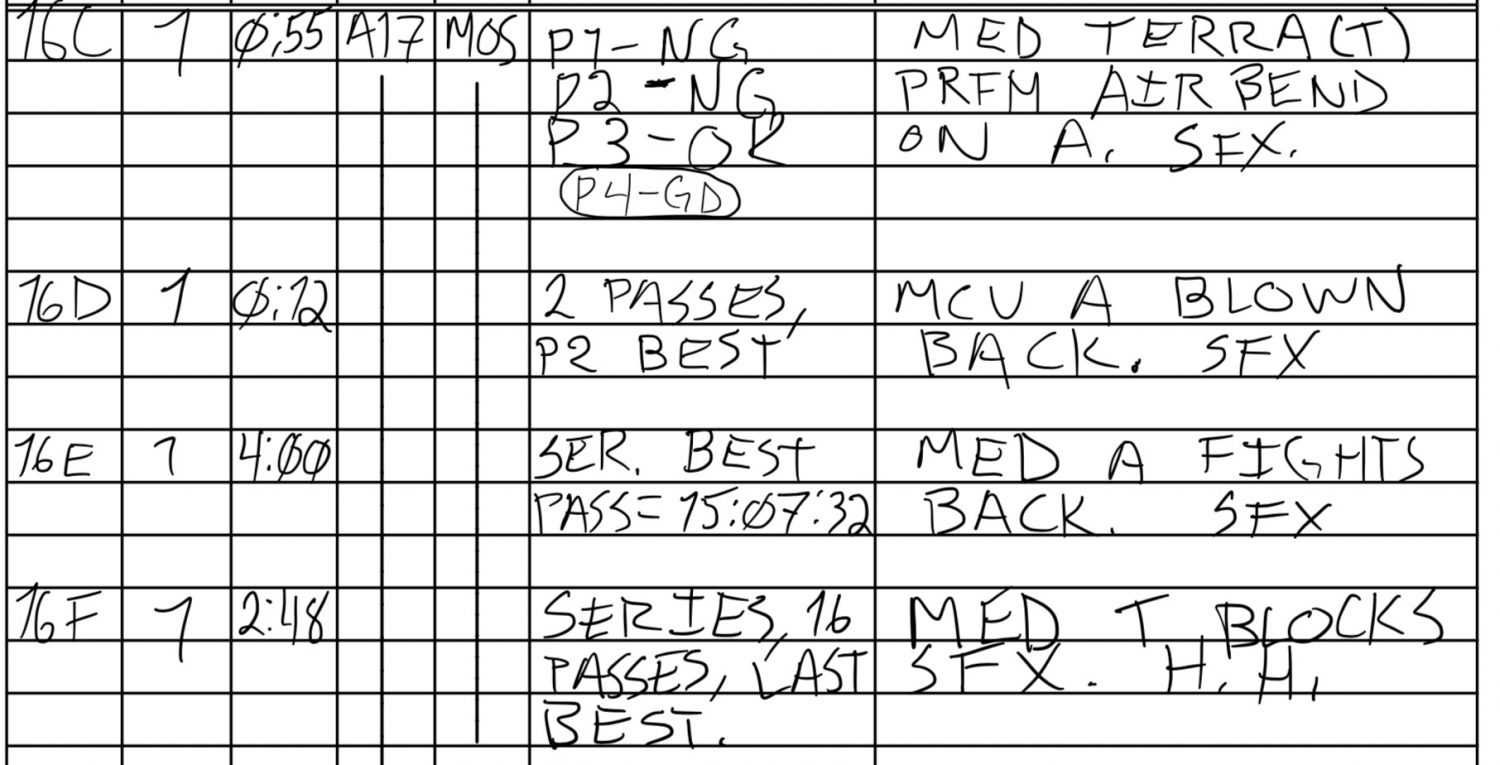 Hiring a Post Sound Company should be handled with iron gloves.

Not too long ago, one of my filmmaker friends called about the trouble he was having with the post production audio company he had hired. This San Francisco, CA based company wasn’t giving him what he wanted when he needed it, they were waffling on deliverables and the contract he’d signed with them was anemic at best. This article will inform you of the 6 things you MUST DEMAND from your post audio company – if you haven’t watched the Cinema Sound education and aren’t doing the sound yourself.

If you’ve done any filmmaking, you already know the importance of creating a solid written agreement between

you/your company and any vendors or talent. With Post Production Audio, it’s even more important, because if you have a distributor and you can’t deliver them, you’ve got a serious problem. Knowing what to require your post production audio company to deliver is the most important aspect of hiring anyone who is going to create your immersive audio elements and mix them. Here is what we deliver for clients (and have never had anyone disappointed), and I’d strongly suggest you require – and have placed in your contracts the following:

One. Up to three revisions on any sound effects. No one is going to get the sound effects right the first time – especially if they’re “world creating” like in a sci-fi/fantasy picture. You’re going to want to have the ability to ask them to make changes to the sounds they’re creating up to three times before having to pay them again or alter your delivery schedule.

Two. The ability to be in-studio for two days or more for the final Tweezes and re-recording mix process of the print master. You don’t want to trust your final surround or stereo mix to their ears in their studio. You want to be there to guide them to your sound-dream and be able to have an awesome experience in a (hopefully) tuned mixing room.

Three. The final delivery timeframe MUST be clear and sanctions implemented if they don’t deliver on time. Those sanctions can be discounts on their fees, additional free time, effects or anything you can get them to agree to.

Four. You get Everything. I mean everything: All files they’ve created. All masters. All sessions. All sound effects. All ambiences. Even if they’ve just copied them from a library. You get them all. Naturally, you can’t ask for the library itself, but if it’s been used in your mix, you get the audio file. You get the render files. Did I mention you get everything!?

My friend had these bozos from San Francisco actually tell him that “we can’t give you our sound effects, because we used them from a licensed library…” That’s completely ridiculous. What’s the POINT of having sound effects in your movie that you have no control over? What it insures is that you have to go back to THEM to make any further changes, and if you’re willing to do that, then you should get a steep discount on their services, because I PROMISE, you WILL be making changes to your mix before it’s all done.

If they try this excuse on you, then you give them two options: 1. They grant you the sounds anyway. 2. They can go back and replace all the sound effects/ambiences/whatevers with sounds you CAN use – at their own expense of course, and maintaining your original timeline. How can you demand this? Because you put all of this in the contract.

Sound Effects, however, enjoy no such status. The only thing which protects SFX libraries from you stealing their individual sounds is private contract. Which means, if you buy Film Supply’s sound effect library, you use it under the rules (they call it a license) which you agree to: “I won’t sell this or use it for my personal gain outside of applying it to my productions.” Fine. But if you’re a post-house and you put those sound effects into my production, I have a problem. I MUST be able to prove, via contract, with a distributor that everything in my production I own or have control over. So, however right the post production house is in telling me that they can’t give me the sound effects they used in my movie, because they have an agreement with the sound effects company, it completely kills my ability to sell my production. Why? Because I don’t have control or ownership of the sound effects in my own film. It’s especially stupid for a post production company to say this, because copyright claimantship doesn’t apply to sound effects themselves under general court precedence. Worse, the post houses are quite happy to grant you the SFX Stem (which has all of the sound effects in it anyway), but not the sounds used in the session. It’s all just a song-and-dance to force you to come back to them for any edits. Don’t buy the baloney. Demand. All. Files.

Five. You will receive these deliverables:

They’re going to balk at this. Moan about it. But if you don’t have these deliverables, you’ll be going back to them on a different contract at a different rate to get that list completed, because they’re required deliverables. No one else will do them for you…or pay for them.

Six. It’s your project. The Post Audio House serves you. You need to find a company that understands what you need and is generously able to provide that for you with a great attitude and great quality. Not to mention, they must hit your timetable.

All of this (save six above) needs to be outlined in the work order or contract. Of course, they most likely won’t surrender their masters/files to you until you’ve paid them in full, and that’s normal. Not nice. But it’s pretty standard.

Do you have companies that you like working with? That you’d like to blackball? Let us know in this thread so we can all have the best resources at our disposal and so we can all win. But really, you can do most of the audio work yourself. Just start watching the Cinema Sound Education and learn how to do it all! You’ll probably end up doing it better than anyone you’d hire anyway.

11.1 Surround Mixing in Audition? You Can Now!