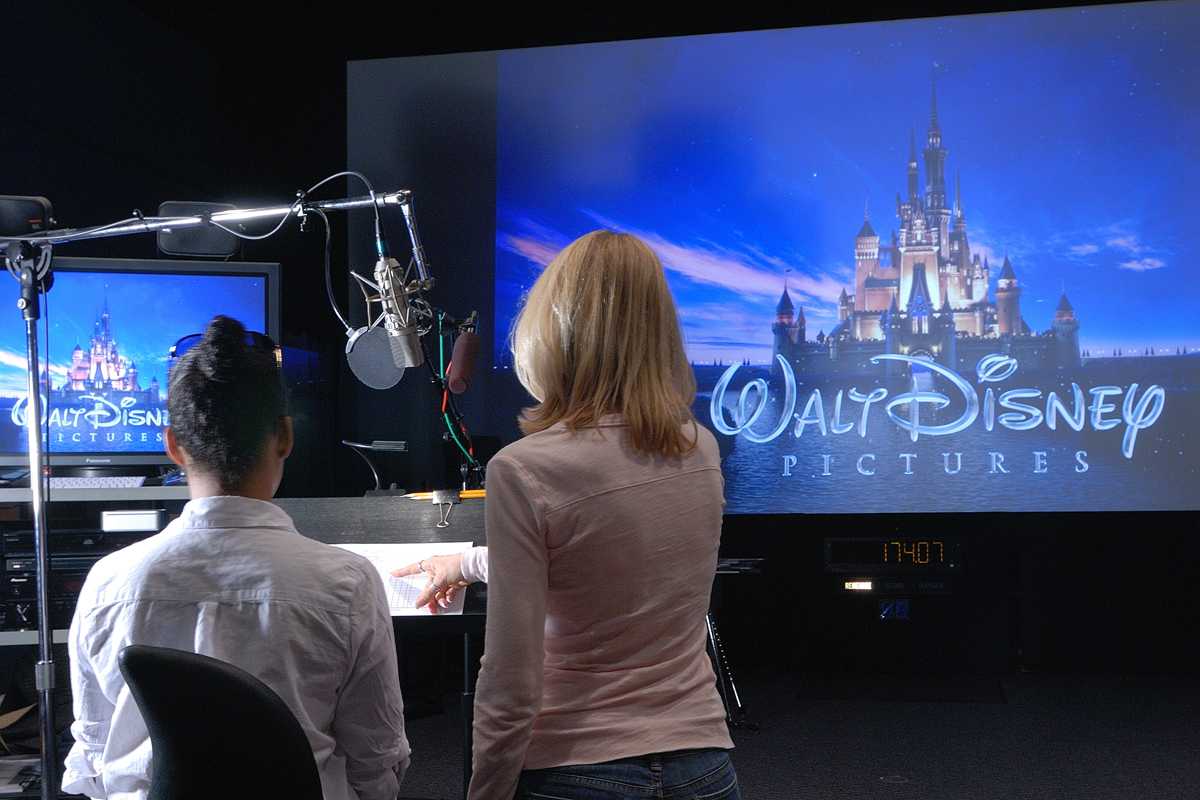 It's always a gas to do ADR in the studio

I know, everybody’s mad. I spend 9 hours in the MZed Pro Members Education showing you how to get good recordings and this article throws all that out the window. I understand. But it’s not true! In this article I’ll show you why you’d WANT to throw all that out and do all ADR dialog. Not an easy choice to make. And even having made this choice, you’ll still want to have gotten great sounding recordings while on set. Let’s dig in.

What is ADR? Automatic Dialog Replacement. It’s what almost all the big movies do to ALL of its dialog: the

actors come back to the studio, watch the picture and re-say their lines in sync to the picture, and a sound editor syncs them back to the audio mix session. Voila! You’ve got pristine sounding dialog in the mix. Why wouldn’t we want to do this all the time? Well, you lose quite a bit of the essence of the performance by doing this, because many times this happens months after the original shoot days. Actors forget how they performed the scene or sometimes have difficulty going back to a difficult emotional state…or actors just don’t have the skill set to be able to lip-sync to themselves. Not to mention the amount of cost involved in doing something like this in a studio which can easily cost $1,500/day + the actor’s rate – which is never covered in the on-set portion of their employment. If you’re going to do this, you’d better know why, and you’d better have the budget for it. Most independent productions do their best to save the on-set/natural sound and make that sound as good as possible, because it’s easier and cheaper. But here’s some good reasons for doing EVERYTHING ADR!

One. The obvious one: everything sounds AMAZING! You’ve got your actors on some amazing sounding microphone in an amazing sounding room and the result? Amazing sound! The mix is SO MUCH EASIER when the sound of the dialog is pristine and when it can be so easily controlled!

Two. The Dialog FOR SURE is in sync. “Mark, hey dude, how can ADR be MORE in sync than on set dialog?”

Simple: Every syllable of the ADR recordings has been gone over and matched within 42 ms of perfectly in sync. It’s been matched against the on-set sound – and most of the time the on-set sync sound issues are also found out in this process. Whereas most of us “believe” that the on set sound should be in sync, and so we rarely test it. Unless it’s just a bad take or a bad edit, ADR is always in sync.

Three. You’ve got unlimited opportunities to change the nature of the actor’s performance. The sound of the actor’s dialog is far more important to the nature of their emotional output than the look on their face. Don’t believe me? Just imagine an actor saying a line with an angry face but doing so with a monotone inflection. Stupid and uninteresting, right? Even comical. Now reverse this. Blank face, but the actor is absolutely lethal and enraged in his vocal performance. Not exactly ideal either, but you DEFINITELY get the emotional intent, and you might actually ascribe other attributes to the performance critics might call “worthy” just because the actor was deadpanned. In ADR you’ve got unlimited chances to get EXACTLY the kind of performance you want from your actors.

Four. Chances are, you’re going to have to have your actors back for a few lines of ADR anyway. You’ll still have the cost of the studio and the actor for the day. If you’ve studied the Looping vs. ADR portion of the MZed Pro Member Education, you know that you can get most of a lead actor’s lines for a feature lengthed film in during a single session – using Looping. If not, you can get a better picture about it here in this article. So why NOT just ADR everything? You’ll have the best of both worlds, and since your audio recordist didn’t take the MZed Pro Member Education onboard, you’re going to be ADR-ing lies anyway.

Five. ADR gives you, the media creative, a much-needed morale boost as the actors see the cut film and

give you kudos. At this point, you’re TIRED of the thing, and most folks aren’t sure it’s any good. But your actors will show up and praise you, and depending on how many days you’ve booked with your actors in the studio – especially if you’re ACTUALLY doing ADR instead of Looping – you’ll get all the emotional juice you need to finish with gusto!

Look, I’m not suggesting in any way that you throw out your well-recorded on set dialog tracks. I’m just showing you some good reasons to do everything again in studio. Give it a whirl. The big studios do it. Maybe you should too!

All 13+ Hours of Fix Volume Now Available for Discount Purchase!