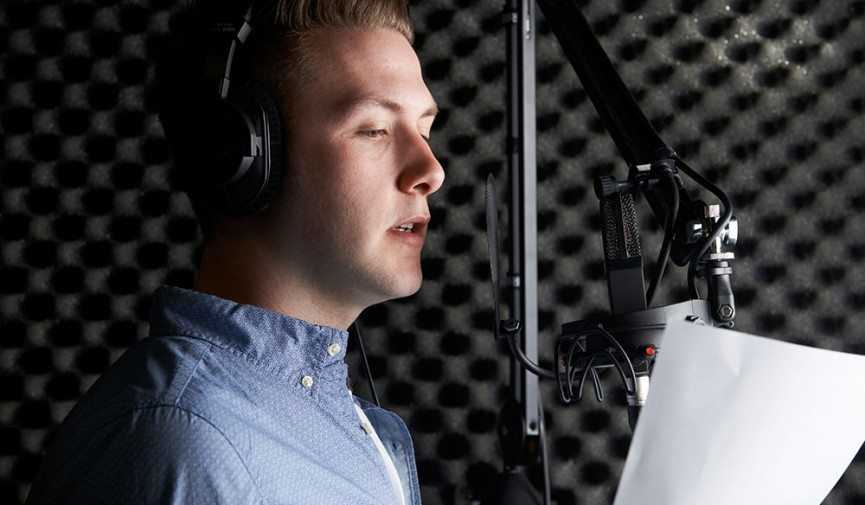 Sure. You spent four years in film school and learned a ton. Trouble is, many times film schools these days are more committed to taking your money than giving you real world practical tools.

Most of the time you get one semester on audio, and no one explains to you how critical audio knowledge is to manipulating your audience into what you want them to focus on and what you want them to believe. Below are a few things you may want to review and see if any seem to contradict what you were taught. Now, look, instead of paying $100,000 for the film school, you could jump in with the MZed Pro Membership for small fraction of the cost and perhaps get an even better education – certainly the 85 hour Master Course in Sound for Media. But, I digress.

#1: Audio is 25-50% of the Audience’ Experience.
Wrong. Audio is 75-80% of the audience’ experience. In fact, as so many excellent educators have shown on Youtube and in seminars for decades, you can have bad looking video with great audio, but you simply cannot have good video with bad audio. In fact, if you upgrade your audio from good to great, your audience will generally state that they believe it “looks better.” Audio is the most critical part of having your audience follow your story, accept your branding subconsciously, and suspend disbelief. If you’re unable to do these things, your audience will never engage with your production, and it will be impossible to manipulate them into purchasing your product, buying your story, loving your characters or resonating with your brand. If you don’t understand audio or what it does to the human body and psyche or don’t have people on your team who do, then you’re filmmaking is 75-80% inefficient in telling a story. Period.

#2: It’s Important to Mix Boom/Lav Mics Down to a Reference Stereo to Make it Easier In Post Production.
The quickest way to be forced into having to re-record all of your dialogue in Automatic Dialogue Replacement (ADR) is to insure that your Production Mixer (the guy with the bag and recorder on set) takes all of your microphones and “mixes them” down into one or two channels. Because of the nature of inverse square law, and how your brain processes sound (and is always lying to you about it), there’s nothing that anyone in post production can do with your precious mixed-down performances from set – except use it as a simple sync reference. Of course, if you decide to use it anyway, you’ll fall into the standard, substandard category of filmmaker whose movie sounds like a student film. I realize this is many times what they teach in film school, but the best way to help post production be faster is to record discreet tracks (individual tracks from each microphone on set) and insure that post production has easy, organized and hi-resolution access to all of them.

While this is generally the understanding, given the powerful synchronization software available on the market (Adobe Audition, Vocaline) it is far more productive to get a clean take from the actors moments after they deliver a printable line. The benefits of getting the lines of “ADR” wild while on set include having the same mic, recorder, recordist right there, and, most importantly, the actor has just performed the lines. Synchronization is relatively easy. Getting the right performance is not. If we can capture an excellent recording of the performances while right there, it’s so wonderful to walk into post with an entire battery of lines clean and ready to drop in to the audio timeline. It should also not be forgotten that there are no ADR costs involved doing this method either.

#4: Sound Effects Are For Recreating Environments.
Although sound effects can create environments, that is a subset of what sound effects do best. Suspending the disbelief of the audience is the paramount requirement of a technically good film or series, and no tool at the disposal of filmmakers does this better than sound effects. Foley, hard effects, ambiences, environments and more, these sounds replace sensory input which the brain normally tunes out. Without these sounds present and mixed well, the subconscious brain remains “awake,” and it is almost impossible to manipulate an audience to focus on what you want in such a case. An awake audience is an unhappy audience, and they usually have a very difficult time enjoying the experience of your project much less buy your story, merchandise, themes or characters. Using sound effects well puts the audience’s subconscious to sleep, and it is the most important job filmmakers can accomplish: immersion. No immersion? No positive audience reaction. Learn how to master the art of sound effects and mixing so your films can have your audience focus on what you want while competing with Hollywood.

#1/2: Music Helps Give the Scene Emotion.
Music brings a scene emotion, of course, but we need to be more rigorous about this. So on this one, film school is 1/2 right. Music doesn’t “bring” emotion or help it be there, music is the giant thumb that mashes any other emotional content into its emotional content. No matter how moving the visuals, theme, action or dialogue, in a fight, music will win against all of them at once. For example: imagine a scene where the heroine is being beaten down by the antagonist. Beaten down. But if you play mexican tuba polka behind it, everyone will laugh. There

will be no sense of danger or horror. It’ll be a comedy. The same thing happens if your heroine at the end of act 3 has beaten her demons and won out against her troubles and is celebrating on the top of a mountain…but if you play horror music…no one will be celebrating with her. They’ll all be expecting some zombie to eat her. Music is the emotional path which your audience follows. Period. It has no emotional predators in production. It is the top of the food chain. If you get it wrong, your audience will never feel what you wish them to feel, and the scene or film will lead the audience to place you never wanted. Learn how the three aspects of music can give you, the filmmaker, an unfair competitive advantage in the filmmaking marketplace, and never have your audience feel something you don’t want again.

Film school is a great place to network and garner basic skills which can help you in your path to director prowess. But the knowledge of “real world” audio techniques and how they affect your film have most likely not be given to you. My advice? Stick around Cinema Sound, ask questions, make your questions known, and remember that “Tweet: Reverse Engineering the Audio of the Masters is the Quickest Way to Become a Better Filmmaker.”

Disagree? Have a Rant? Let us know or Tweet about it!