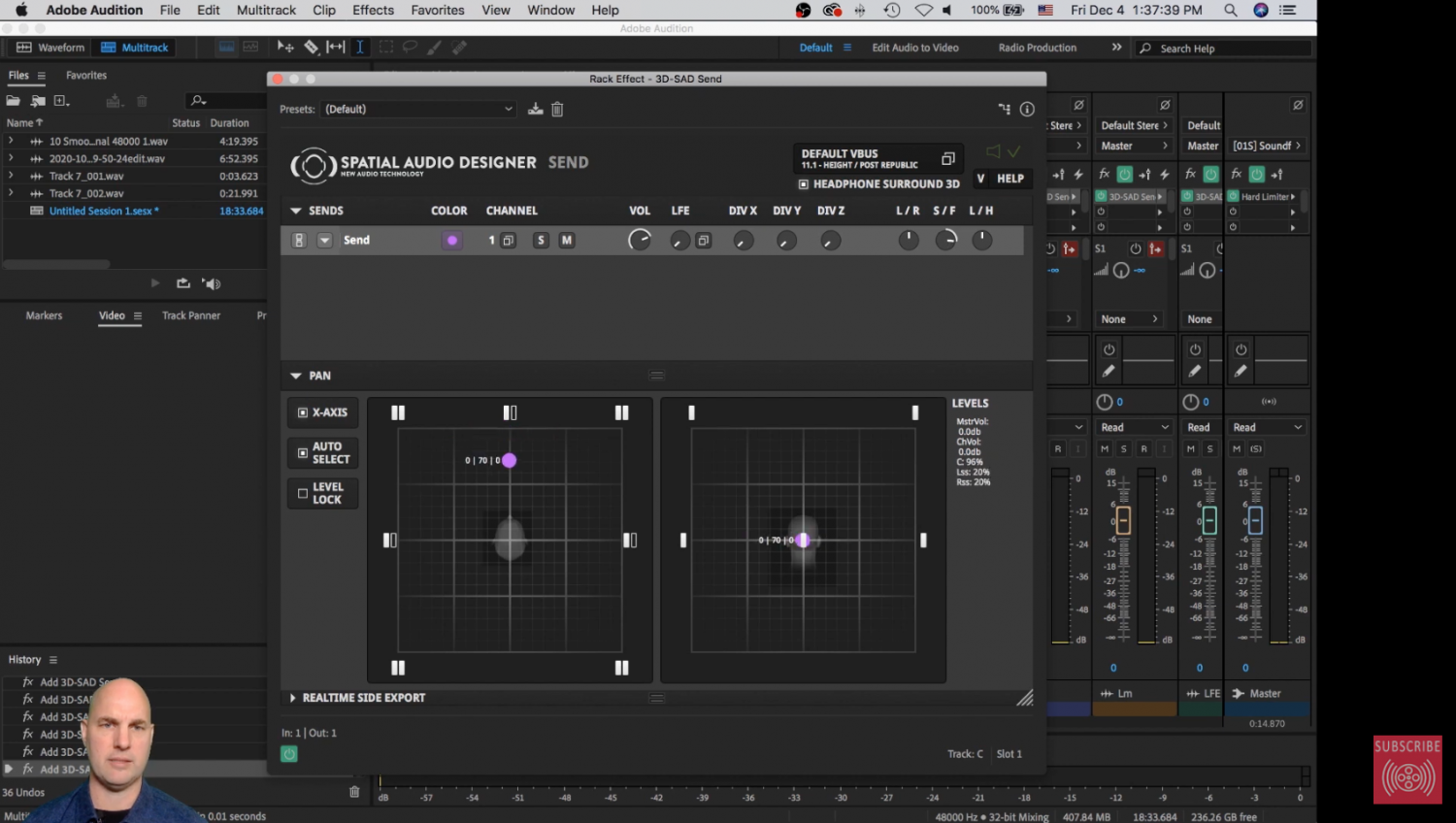 Adobe Audition users know that the maximum multichannel output that can be used is 5.1. But with the addition of a little plugin called Spatial Audio Designer, you can expand Audition out to 24.2 surround – far more than even Dolby Atmos! Imagine doing 11.1 in Adobe Audition!