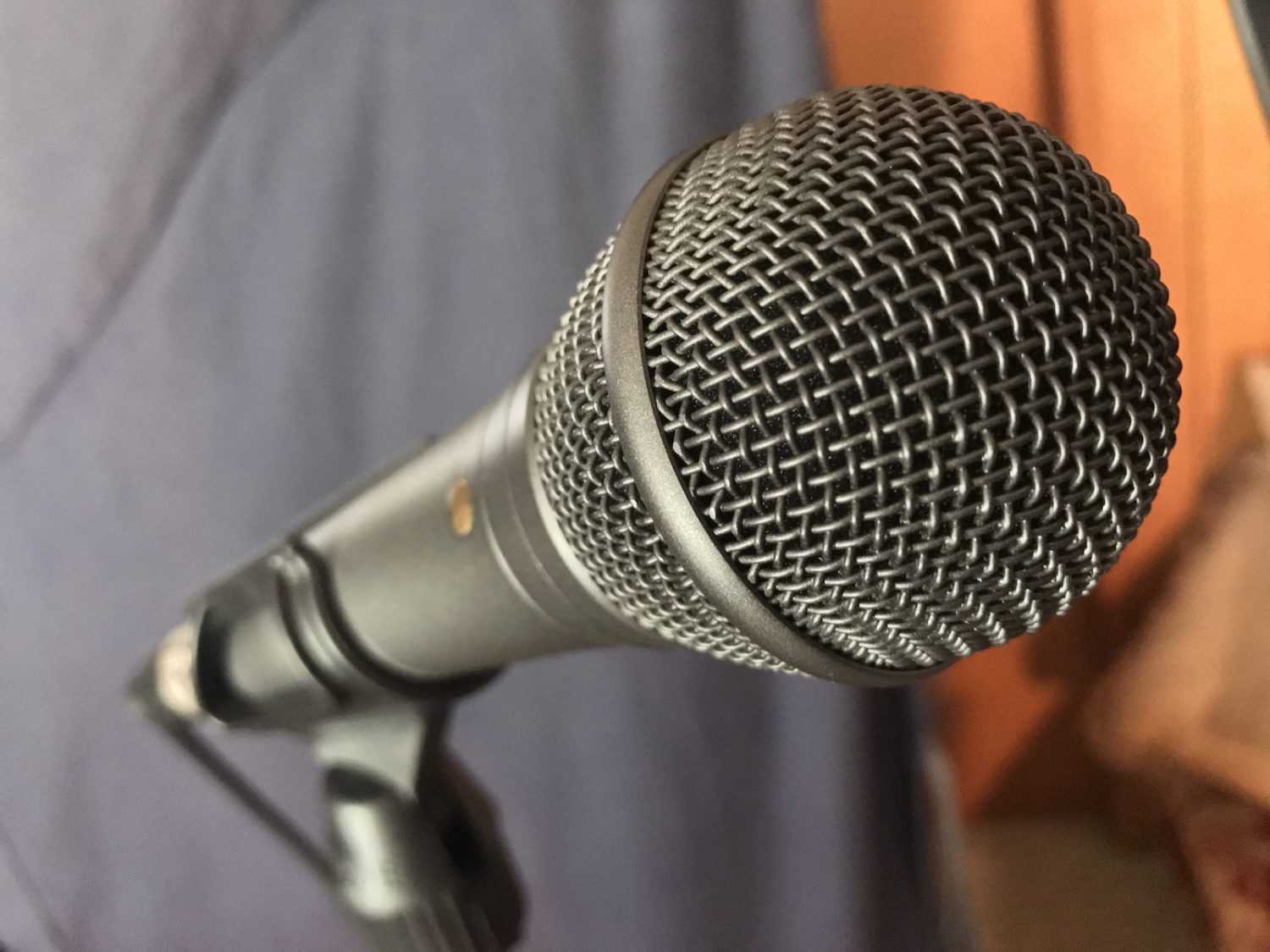 In this article I’m going to drop 10 good reasons for using a dynamic microphone on you. There’s a lot more than these, but these reflect the best reasons to use one on set, in the studio and otherwise.

Some of these are taken from my book on Live Sound Mixing which can be purchased here, but I’ve switched a few out for our production needs.

10. They’re widely used in all kinds of applications.

You’ll find dynamic microphones used in everything from music to underwater recording to surveillance. Having no power requirement really makes

them the transducer of choice for any application where power is at a premium.

9. They generally can withstand loud volumes longer and better than condensers.

Dynamic mics are nearly indestructible. After a nuclear bomb goes off there’ll only be glass and dynamic mics everywhere. It’s the same for recording insanely loud volumes. Because they have little to no electronics or integrated circuits, they can take a lot of sound pressure and just keep on putting out voltage. When the diaphragm is overdriven, they also have a slightly better soudning reaction…but it still sucks.

8. They generally are better managers of plosives, fricatives and sibilance.

Condenser mics are notorious for being the worst offenders around “Peter Piper Picked a Peck…” dialog as well as over emphasis of high frequencies and sibilance. You’ll go far and wide before you find a dynamic mic which stumbles in these two departments however. Granted, most dynamic mics have a built in wind screen which few condensers do, but even if you take that screen off, the diaphragms are just more robust and dealing with wind. They rarely ever accentuate high frequencies. On the other hand, they tend to be “warmer” as a rule as well.

7. They generally are able to handle abuse better than condensers (certainly ribbons).

As previously stated, dynamics are indestructible. If you bang them around or bounce them off the ground, they’ll most likely still be working. Good luck with a condenser. This can be advantageous, because a film set isn’t exactly the most kind and forgiving place for equipment – especially where water is concerned. If you have to place a mic around explosives or flame or gun fire, dynamics are your safest bet.

6. Because the voltage of the microphone is in milli and micro volts, water and other contaminants tend to do less damage to these mics than any other type.

World Class sound recordist Coleman Clarke talks about how he uses dynamic mics in the dew, rain and more, because they are water resistant. And when you only have one take to get the sound you need – and it’s raining – your condenser mics aren’t going to cut it.

5. They’re great for toms, brass, and VO dialog which requires a warm sound.

The music folks know about dynamic mics and favor them for all kinds of things where warm sounds are needed, but you’ll also want to put up a

dynamic mic when you need a phatt, warm and juicy VO. Similarly, you’ll want a dynamic mic for SFX where the same kind of transduction is required.

4. They’re great for instruments or situations with loud volumes or any microphone motion.

While they’re great for instruments and loud volumes, they’re also far less susceptible to artifacts and noise when moved. Condenser mics are notorious for making all manner of bumping, shifting, whacking noises at the smallest physical movement of the mic. It’s why condensers on boom poles must be placed in shock mounts with cables tied to the pool and more. Not that you’d want to put a dynamic mic on a boom pole, but if you did, you’d need very little acoustic coupling compensation. If the mic has to move and a shock absorbing mount isn’t possible, dynamic is your go to.

3. They require no power of any kind. In fact, you can use them as a headphone if you send the output of a headphone amp to them.  That’s cool.  (You can also turn a headphone into a dynamic mic…but it works better the other way.)

It’s pretty cool. We’ve talked about this on the Sound Advice Tour where I handed a singer in a choir during a session I was engineering, because I ran out of headphones. It worked fine. It works the other way with a speaker being a microphone, but you’ve got to have Godzilla-roar power to get any significant voltage out.

2. They’re a fraction of the price of comparable condensers.

If money is an issue, and you’ve only got a few dollars to buy a good mic, the Røde M1 is a sure bet for all-purpose sound transduction. You can check out how it does against far more expensive microphones in our Microphone Archive. For $99, it’s pretty amazing, but so is just about any dynamic microphone in this ilk.

1. Use a dynamic mic if the sound is loud, if the mic gets moved on stage, if you need it to be super sturdy, if there is wind moving into the capsule…and if you don’t have a lot of money.